None
Luganoger[2] (ルガノーガー Ruganōgā) is a monster that first appeared in episode 28 of Ultraman Max.

Luganoger was an evil, planet-ravaging monster that had destroyed several planets in his ruthless path of destruction. While he was destroying an earth-like planet far away in the milky way, Luganoger noticed that one survivor was escaping his destruction and followed after her, shortly after destroying her home planet. Luganoger followed the escapee to Earth for as long as a month until he finally landed on Earth to carry out his destruction. DASH was quick to oppose the monster after deciphering a warning sent by the planet Luganoger had destroyed long ago, and assaulted the monster, but Luganoger's armored chest and electric bolts was more than enough protection from their assaults. After Luganoger endangered a group of children who were trying to evacuate his rampage, Kaito Touma quickly transformed into Ultraman Max and proceeded to save the children and battle with Ruganoga. After first Max had the upper hand in battle against Luganoger, but the tides quickly turned once Luganoger used his stinger on Max to absorb his energy. After a brief intervention from DASH, Max was able to find an opening in Luganoger's armor and ultimately managed to destroy the evil monster with the Max Galaxy. 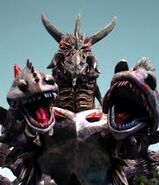 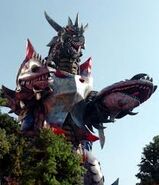 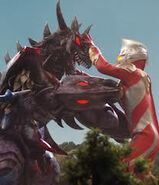 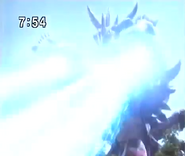 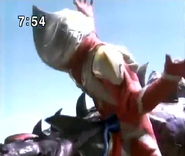 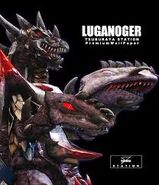 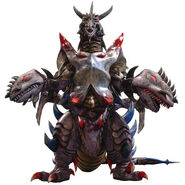