A dinosaur-like Space Beast, Lizarias attacked the Earth and was confronted by Ultraman Nexus. The guardian of the Earth fought against the beast, eventually transforming into Junis Blue and taking the battle to the Meta-Field. Inside the field, as the beast began to target the Night Raider forces, Nexus charged forward, slicing the creature with his Schtrom Sword, almost instantly vaporizing it.

However, once the cleanup crew arrived after the fight, they missed one of the fallen scales. It sank into the ground and began to reform. The beast not only reformed, but it had also evolved into Lizarias Growler.

Returning even stronger than before, Lizarias Grolar was attacked by the Night Raiders and then Ultraman Nexus. Upon creating a Meta-Field, the Unknown Hand suddenly came into action and created the Dark Field G, giving the monster an edge in battle. Worse yet, the reptilian Kaiju had also learned Ultraman's battle strategy and began to evade his powerful attacks. Soon the hero was seemingly overpowered, but the human forces continued to assist in battle.

Seeing this, the Unknown Hand surged power into Lizarias Grolar, allowing it to fire twin beams of energy from both of its jaws. The beast opened fire, but the Night Raiders saved the hero yet again. The creature charged and fired a second time, but this time the Arrow-Ray Schtrom flew forward, destroying the explosive energies of both beams before hitting and vaporizing the evolved Lizarias for good. 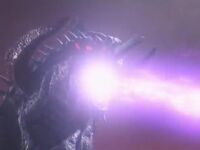 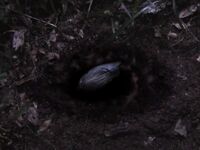 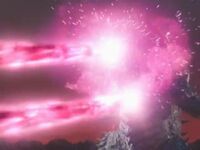 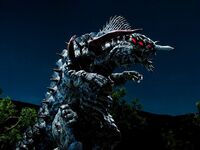 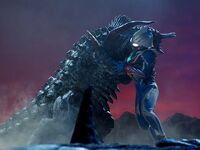 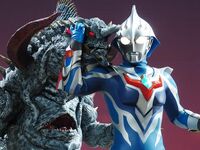