Ultraman Nexus episode 37 "Bond - Nexus -"
Lethe (レーテ Rēte) was an organic machine created by a species of aliens known as "The Visitors".

Lethe was a machine created by the a race of jellyfish-like aliens known as "The Visitors". They had created Dark Zagi based on Noa, but the dark giant turned on his creators before he was destroyed. At some point Lethe was created, through unknown means. The Visitors brought Lethe to Earth and agreed to give humans their technology only if they would use it to defend Earth from the Space Beasts. They handed over Lethe and the technology, and Lethe was eventually placed in Level 0 of TLT-J's headquarters.

Zagi, who assimilated a TLT scientist, began an eighteen year plan involving Nagi Saijyo, a future Deunamist. He slaughtered the scientists working at TLT Colorado, America Branch including her parents, leaving deep trauma in the girl.

Some time after Ultraman the Next destroyed the Space Beast Beast the One, Lethe appeared and sealed the world's memories of the event.

After two Deunamists and three dark giants, the light migrated to Nagi's hands and Zagi sprung his trap, leading everyone to Lethe's chamber and revealing the truth about his actions spurring Nagi to transform in rage. This caused Lethe to trap Nagi, having sensed her rage and the fear behind it being connected to one of its keywords for memory erasure. Due to Nagi being in Ultra form, this meant the construct would drain her light and convert it into a dark power which Zagi used to restore his old body. The construct was destroyed when Kazuki Komon freed Nagi from the darkness, the two merging with Ultraman to revive his light. 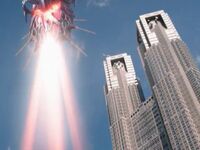 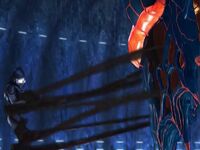 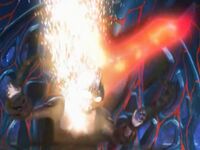 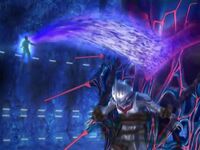 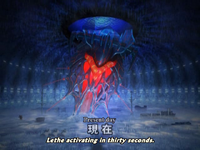 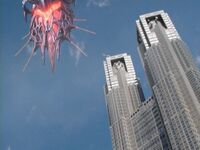 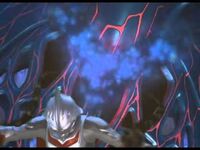 Concept art for Lethe and Dark Lucifer
Community content is available under CC-BY-SA unless otherwise noted.