Lagoras was an aquatic monster who appeared shortly after Grangon was destroyed by DASH, attracted by the monster's appearance. Lagoras surfaced on the Izu Peninsula and began to rampage in Ryugen town until DASH arrived to try and stop the monster. However, their weapons did nothing but annoyed Lagoras into following them to a nearby Volcanic Eruption, where Grangon was revived by nearby lava flow. Following DASH towards the valley where Grangon emerged, the two monsters met and viciously began to battle each other. Neither Grangon nor Lagoras could best one another. During the battle, Kaito Touma took off with one of DASH's jets to take down both monsters at once, but Lagoras's ice breath quickly downed it. To both monsters' misfortune, Ultraman Max arrived and merged with Kaito before the jet could crash and now both monsters had to deal with the newest Ultraman to arrive on Earth. Neither Grangon nor Lagoras were much of a match for the Ultra, and together both were destroyed by Ultraman Max's Maxium Cannon. Ultraman Max Arrives!

Months after Ultraman Max's arrival and the death of Grangon and Lagoras, two more of the same monsters appeared and fought with Lagoras winning. By absorbing the back features and lava-based abilities of Grangon, the Lagoras evolved into Lagoras Evo. Lagoras Evo appeared at a research site and began to attack the area with its fireballs. DASH was quick on the scene, but all of their weapons were shrugged off by Lagoras Evo's power. Annoyed by DASH's assaults, Lagoras Evo escaped underground and slept. The next day, Lagoras Evo returned to the surface to resume its destruction, this time setting its sights on a nearby city, with DASH's efforts again futile to his power. Finally, Ultraman Max arrived to do battle and it seemed the battle was at a standstill. However once Lagoras Evo overpowered Max's Max Galaxy attack, Lagoras Evo quickly gained the upper hand in beating down the Ultra. Fortunately, Sean of DASH completed a new weapon that would neutralize and destroy Lagoras Evo's core known as "AGMaser." Once Max was able to hold off Lagoras Evo long enough, DASH fired the AGMasers at Lagoras Evo, finally destroying the monster. Courage Is from the Heart

Lagoras was probably transformed into a Spark Doll by Dark Lugiel. It is likely that Lagoras returned to space in his original form after Ultraman Ginga defeated Dark Lugiel.

Lagoras appeared as a Spark Doll in the final episode of Ultraman X. After Ultraman X spoke out to Gomora and striked Greeza right in the center of his chest, Lagoras, along with all of the other Spark Dolls and Cyber Cards, traveled to X and united with him. Lagoras' power was used to help form the Hybrid Armor and power up the Ultimate Xanadium to defeat Greeza once and for all. Lagoras can be seen when he, along with the numerous other Cyber Cards and Spark Dolls, appeared and thanked Daichi as he thanked them. The Rainbow Land

Freezing Beam
Add a photo to this gallery
Lagoras Evo

Lagoras was released by Bandai in their Ultra Monster Series in 2005, in the "Ultraman Max" tag series. Lagoras was released along side his nemesis: Grangon, in the series to coincide with their episode appearance and has since risen in popularity in the Ultraman Max toy lineup. The figure sports two points of articulation, disappointing, since leg articulation could have been easily added. Lagoras is made from a ice blue vinyl with white-yellow highlights. Lagoras was labeled number 2 in the series. An Lagoras Evo figure was never released, but it is possible to modify a normal Lagoras into an Evolved version. In 2013 Lagoras is released as part of the Ultra Monster 500 Series. He is #37 in the series and has 2 points of articulation. He is given a darker shade of blue. He stands at 5in tall. 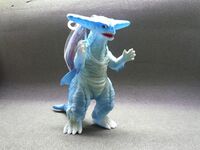 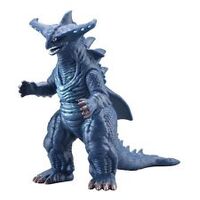 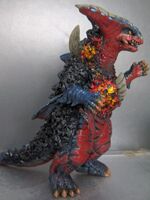 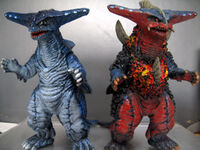 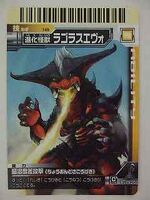 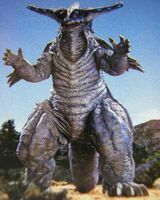 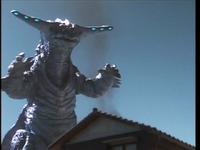 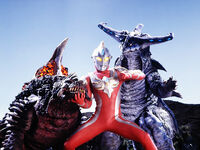 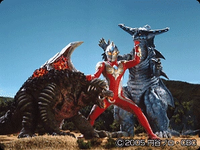 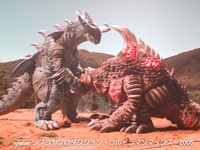 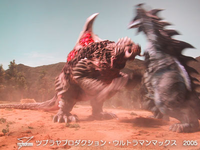 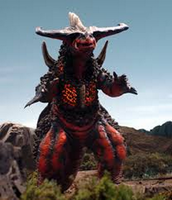 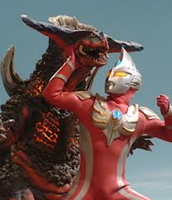 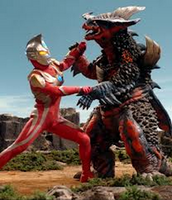 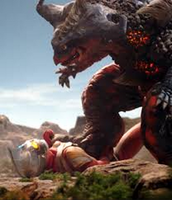 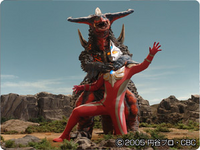 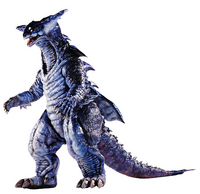 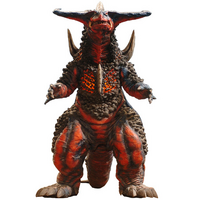 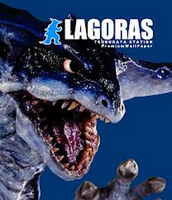 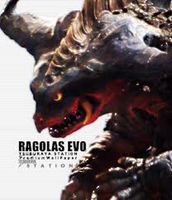 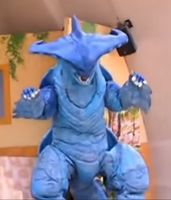 Lagoras in a stage show 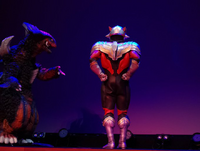 Lagoras Evo vs Ultraman Titas.
Add a photo to this gallery

Retrieved from "https://ultra.fandom.com/wiki/Lagoras?oldid=521321"
Community content is available under CC-BY-SA unless otherwise noted.