Ultraman Wiki
Register
Don't have an account?
Sign In
Advertisement
in: Protagonists, Heroes, Other Heroes,
and 6 more
English

Noboyuki Ishida
Kyotaro Kagami (鏡京太郎 Kagami Kyōtarō) is the protagonist of the TV series, Mirrorman. Kyotaro is the human identity of the titular character of the series.

Kyotaro was a journalist which give him some experience in investigating strange happenings. As the son of a human and the original Mirrorman, Kyotaro could transform into a copy of his father's true form. Once transformed he possessed all the same abilities and techniques his father did. For this reason was he targeted by the Invaders, a group of evil aliens responsible for the destruction of his father's physical form. Seeking world conquest, Kotaro's powers made him an obvious threat. With the help of SGM, an organization dedicated to stopping them, he fought the Invaders and Mirrorman. 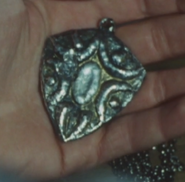