"Don't be ridiculous! Earth will be protected by us humans!"

―Kotaro Higashi to Alien Valky after he separated from Ultraman Taro

Kotaro Higashi wanted to be a championship boxer. However, destiny had other plans as he fell thousands of feet from the Earth after Astromons shook him off throwing him to the ground. The Five Ultra Brothers brought Kotaro's body to their homeworld of Nebula M78 many years into the past. It was there that Mother of Ultra merged Kotaro with her son Ultraman Taro, who would join the Ultra Brothers. After the merge was complete, Kotaro was taken back to present day Earth and as Astromons was ravaging a city Kotaro turned into Ultraman Taro. Not long after Astromons's defeat Kotaro joined ZAT and fought in a new era of Kaiju and Seijin invasions.

In the final episode, Kotaro gave the Ultra Badge back to the Lady in Green, separating from Ultraman Taro. However, not long after he separated from Taro, Alien Valky attacked Tokyo by surprise to get his revenge on Ultraman Taro, without knowing Kotaro had been separated from him. Kotaro fought him with his own human abilities and managed to defeat him by blowing up a nearby gas tank. After that he left ZAT to pursue his dream of becoming a professional boxer. He was never seen again afterward. His current location is also unknown.

Ultra Badge: This was presented to Kotaro Higashi by Mother of Ultra, Kotaro takes the Ultra Badge from his shoulder and holds it up above his body before shouting "Taro!" signaling Taro to appear. At the series' end, the Ultra Badge was ultimately returned back to Mother of Ultra at Kotaro's request to not need to rely on Taro's power. 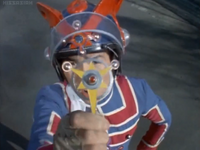 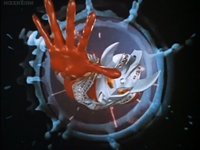 In the Ultraman Taro Manga, by Getter Robo creator Ken Ishikawa, Kotaro appears as Kotaro Azuma. Kotaro starts the manga as a wanderer and boxer, helping some children being bullied. When one of the bullied children's dog turns out to be a Kaiju in disguise, Kotaro tries to fend it off, only to be crushed beneath a collapsing construction.

In his near death state, he is contacted by a being who takes the form of a bright burning sun, who warns him of a time of monsters approaching and grants Kotaro the power to transform into Ultraman Taro. Taro then went on to defeat the dog like kaiju, who warns him in its dying breath that its master would send other creatures to assault the Earth and its people. 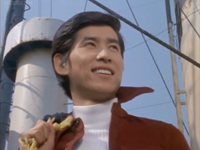 Kotaro transforms for the first time 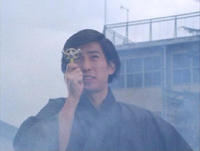 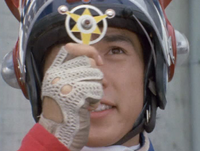 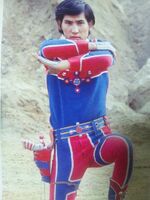 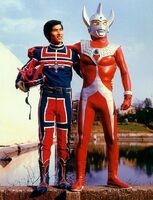 Funny Moment: Kotaro is too hungry and mistakes a phone as a fried chicken 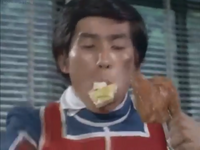 Kotaro receives a report from ZAT while eating with his brothers 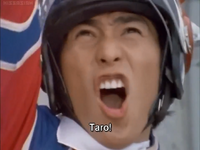 Kotaro reveals his true identity as Ultraman Taro with Kenichi

Kotaro wants to separate from Taro

Kotaro holds the Ultra Badge for the last time 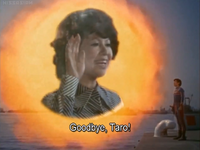 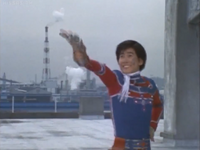 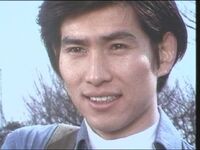 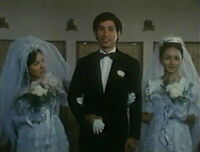 Retrieved from "https://ultra.fandom.com/wiki/Kotaro_Higashi?oldid=511376"
Community content is available under CC-BY-SA unless otherwise noted.