Ultraman Wiki
Register
Don't have an account?
Sign In
Advertisement
in: Human Characters, Female Characters, Articles in need of rewriting,
and 6 more

"These glasses are my big treasure."

―Konomi explaining her past

Konomi Amagai (アマガイ・コノミ Amagai Konomi) is one of the main characters from the Ultraman Mebius TV series. She is a member of Team GUYS and serves as an operator.

She is a sweet and kind young lady, who used to be a preschool teacher before joining GUYS. Her students cried when she left, but she felt that being a part of GUYS would be the best way for her to be able to protect all of the children that she once taught. It is because of her that all of the future members of GUYS meet up in episode 1, when they try to rescue the rabbits at Konomi's daycare center. She briefly quits GUYS in episode 4 after she scolds herself for lack of valor. Mirai encouraged her, remembering how Ryu had scorned him for collateral damage after fighting with Dinozaur. Marina also encourages her, reminding her that, while she may be at times cowardly, and may cry sometimes, it was Konomi's courage that inspired her and the others to assist her in rescuing the daycare center's rabbits during Dinozaur's assault. Her kindness shows during the Marquette Monster demonstration. She was the only member to think of Miclas as 'kawaii' (cute) when she first saw him, causing also Miclas to 'imprint' on her like she was his mother. She is the only member of the group who wears a mini-skirt and the only member who wears glasses. Once, when Konomi dropped her glasses in the Phoenix Nest's swimming pool, Mirai retrieved the glasses, and used them to imitate Ultraseven's transformation pose, quickly calling it a "charm." In episode 16 she stops wearing glasses and gets contact lenses, only to put them back on when no one noticed. In general, she stays at Phoenix Nest as an operator, but goes to the front line as a "handler" of the Marquette Monsters when necessary. Dan Moroboshi/Ultraseven was able to contact her alone in episode 50. Konomi returned to her children friends in the day care school after episode 50. 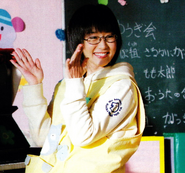 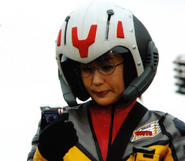 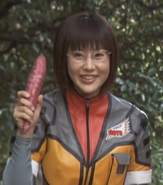 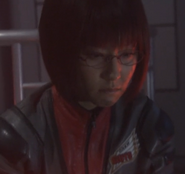