Ultraman: Towards the Future episode 12 "The Age of Plagues"

Awakened by the environmental damage of toxic algae that was killing off fish, the planet Earth sent Kodalar to take revenge against the humans. First sighted after destroying a few tankers with his lasers, UMA tried to attack the monster, but its weapons did nothing to faze the monster and Kodalar escaped. Later that night, Kodalar returned and attacked a harbor. Again UMA tried to fight back, but Kodalar's body fat and energy attacks made UMA's efforts futile. Ultraman Great then arrived to battle the monster, but again things looked bleak as Kodalar's body fat allowed him to absorb every blow by Great. Shockingly, Kodalar defeated the Ultra by reflecting the Burning Plasma attack back at him, seemingly killing the Ultraman as Kodalar retreated back to the sea.

The next day Kodalar resumed his attack on the harbor, but stopped when he learned of his companion's arrival. Heading to the Australian Mountains, Kodalar accompanied his companion Kilazee, and together both monsters waged war on humanity, with UMA as the opposition. Ultraman Great returned, but the odds were against him, as this time he was fighting two monsters (one of which had already defeated him.) With the continued assistance of UMA, Kodalar was distracted by one of their weapons blasting at him, he used his body fat to bounce the attack back at the weapon. The attack kept bouncing between the two opponents, until the attack overcharged beyond the monster's control and Kodalar was destroyed.

The Bandai Ultraman Great line is much rarer than their Dreamworks cousins. Kodalar was only released by Bandai Japan. 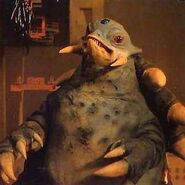 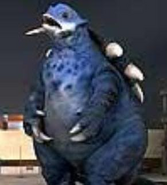