"Play! The melody of victory!!"

When UPG members Sho and Sakuya journeyed home on an off-duty day, they encountered the Terrible-Monster, Aribunta. Sho transformed into Ultraman Victory but was no match for the Terrible-Monster until Ultraman Hikari appeared and bestowed him the Knight Timbre, which allowed him to become Ultraman Victory Knight and entrusting him with the duty to help put a stop on the Space Emperor before he revives. With Juda defeated, Hikari left the flute in Sho's possession.

The Knight Timbre's ability can only be unlocked by Victorians, due to their inner Victorium energy thus making Sho as it's compatible user. 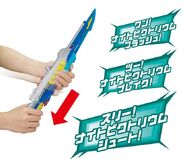 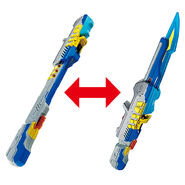