King Zemira awoke for unknown reasons during the cicada's mating season. His movements below the ground caused an entire town to sink down into the dirt. When ZAT arrived, they pulled up one of the buildings, resting under it was the massive insect. Instead of attacking the kaiju, they tried to capture King Zemira with a big net. The plan worked and the insect was trapped. However, the insect started emitting extremely loud mating calls, which started to greatly irritate the residents of Newtown as it kept them from sleeping at nights. They soon couldn't tolerate the kaiju's annoying sound and freed him by burning the net. The creature flew away, but not before wrapping the townspeople in its webbing.

The massive insect flew around the city before landing on Tokyo Tower. The creature once again began to screech. More angry citizens decided to attack it, but this time, King Zemira attacked back. Dislodging itself from the tower, it began to rain streams of fire onto the city. When ZAT attacked it in return, the creature became more antagonized and confused. Kotaro Higashi transformed himself into Ultraman Taro, and began to do battle. The insect proved no pushover though as it matched Taro in hand to hand, and even kept him at bay with its flames. Eventually, Taro ripped the long mouth off the insect. The creature fell to the ground, crying out in pain. The giant hero felt sympathy for the insect, and instead of killing it, took into outer space where the bug could find a new home, and maybe re-grow its mouth.

Flames
Add a photo to this gallery 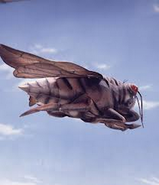 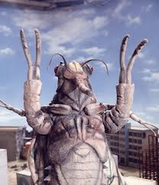 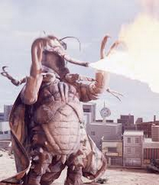 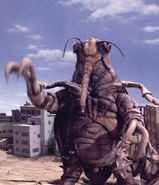 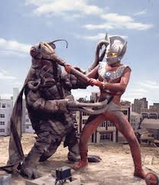 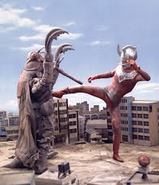 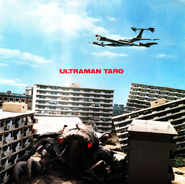 Add a photo to this gallery
Retrieved from "https://ultra.fandom.com/wiki/King_Zemira?oldid=427415"
Community content is available under CC-BY-SA unless otherwise noted.