TBA
King Kappa (キングカッパー Kingu Kappā) is a Terrible-Monster that appeared in episode 19 of Ultraman Ace.

A boy witnessed his friend getting sucked in a pool, but no one believed his story. Soon, TAC became suspicious of the situation when they received reports of missing children. One night, the boy who reported the strange pool himself fell victim to the so-called pool. TAC went to investigate the situation. A couple who turned out to be androids were responsible for the disappearances. Hokuto dived in the pool and attempted to fight whatever was in it. It turns out, the pool is the monster itself! TAC tried to take down the turtle-like monster, but they did not want to hurt Hokuto. Minami catapulted herself out of a jet and landed on King Kappa's head. Both became Ultraman Ace and the two giants clashed. King Kappa seemed to get the upper hand until Ace used the Ace Vacuum to deprive King Kappa's head of water. King Kappa was blinded by an Ultra light and the Terrible-Monster was sliced vertically with the Ultra Guillotine. With its demise, the kids soon turned back to normal and got their belly buttons back. 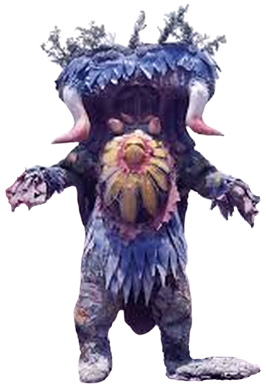 Figure of King Kappa, by Marmit. 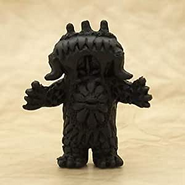 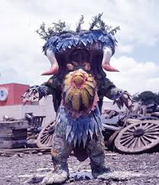