TBA
King Bockle (キング・ボックル Kingu Bokkuru) is a monster in Return of Ultraman. He appeared in episode 50.

Thirty kilometers under the Earth's surface lived a species of underground humans who were losing their sense of sight over the course of generations and in their place a pair of antennae that could freely manipulate radio waves. Wanting to claim the surface world they sent their champion King Bockle to attack the human world starting with the Underground Science Center in the middle of the night. The next day King Bockle attempted to invade a nearby city. Upon rising from the ground he attempted to assassinated Dr. Koizumi for discovering his species by summoning an earthquake. Go was forced to turn into Ultraman Jack to stop King Bockle. At first Jack trumped King Bockle in melee combat until he was stunned by the giant's poisonous gas and trapped in earth loosened by him. However, Jack spun around to burrow to another spot before finishing King Bockle with the Ultra Bracelet. Invitation from Hell 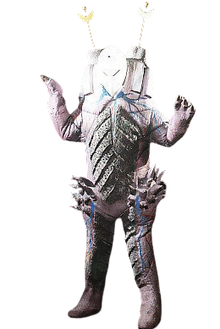 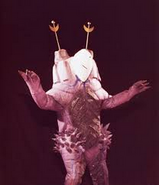 Figure of King Bockle, by Bullmark. 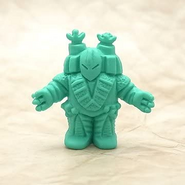