―Kate as she introduced herself to Rei.

Kate was a Reionics who tried to interfere with Rei with every possible means. She took on the appearance of a bio-plant researcher named Maki Azursa. She appeared to be evil, but she revealed that she was Rei's sister and was trying to help reawaken Reimon. She was thought to be killed after EX Gomora destroyed her monster Zetton.

However in Ultra Galaxy Mega Monster Battle: Never Ending Odyssey, she appeared again. She revealed that she 'survived' as a spirit, explaining how was able to appear in front of the ZAP SPACY crew first in the Pendragon, in front of Grande (who had a crush on her) and then in front of Rei in a dream in episode 7. She had appeared and explained to the crew what was wrong with Rei once he lost Eleking, and explained that they had to return to Planet Hammer, to retrieve Rei's Battle Nizer.

Kate stated that her desire was for Rei, to defeat the Reionics and rule as the successor of Alien Rayblood's bloodline.

Kate with her Battle Nizer 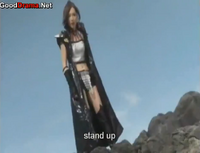 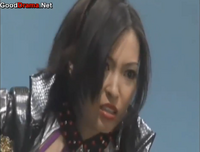 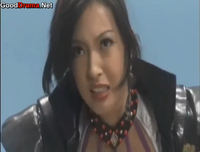 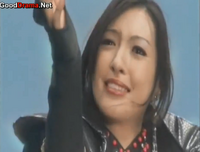