Shoji Nakayama
Kaoru Kiriyama (キリヤマ・カオル Kiriyama Kaoru) is the captain of the UG, at the start of the series having been a member for sixteen years. He hailed from Tokyo. He is a kind and no nonsense leader.

After sixteen years of being in UG he was eventually promoted to captain. Kiriyama then hired Dan Moroboshi because of Dan helping Soga and Furuhashi in stopping Alien Cool, he then made Ultraseven an honorary seventh member of the team. The Invisible Challenger

Kiriyama hired a experienced marksman to the team after the latter showed Furuhashi and Amagi his skills, he was then tested for his airplane skills and that was what also caused the marksman, Aoki, to become a member. However, this was short lived as Aoki died in trying to stop Alien Platic. For Whom Takes the Glory

In the alternate universe where Ultraseven was the only Ultra visiting Earth, his fate was unknown, whether he was given a position from TDF or he retired.

However, it was implied that Kiriyama was assasinated by TDF Security Division apparently due to his knowledge about the confidential Omega File. Two newer Ultra Guard members, Sanshiro Shiragane and Rumi Honjou, were aware about Kiriyama's previous involvement with the Nonmalts that the latter suggested the former to look for Kiriyama. When Shiragane arrived at Kiriyama's (now vacant) residence, Rumi informed him about Kiriyama's assassination and the files related to him and the Nonmalts were erased. To his shock, 3 members of the Security division came out from the truck with one of them, who was the director, appeared to have engaged Shiragane to a one on one baskeball battle. Afterwards, the director declared his rejection of the existence of Omega Files and the OOParts, as well as he and the division, before immolating himself in front of him. Later, Shiragane used Kiriyama's assassination and the director's suicide as among the justifications in convincing the TDF Staff that the Omega Files should be opened and transmitted to the whole universe. At that time, one of the TDF staff, Inagaki, admitted that while he was responsible in having the security division in putting the Omega Files in secrecy, the director of the Security division was the one ordering assassinations on individuals who had the knowledge about it. I Am an Earthling

The novelization, EPISODE: 0, had a different take of Kiriyama. He appeared as an old man suffering from Alzeimer's disease. Due to that and his personal knowledge about the Omega File, which included the first Nonmalt incident, it was implied that the TDF had him confined to an elderly home in order to keep the Omega File a secret. However, Shiragane visited Kiriyama there. Kiriyama was able to remember about his encounter with the Nonmalts and he admitted that there was a connection about his ancestor's sins towards them. Shiragane later brought him to the TDF conference room, in order to give his testimony, which will be served as one of the justifications that the Omega File had to be opened and transmitted. Afterwards, Kiriyama thanked Shiragane for that and seemingly became heavily exhausted. 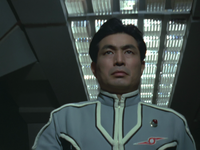 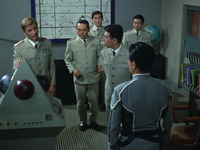 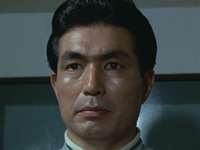 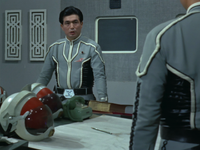 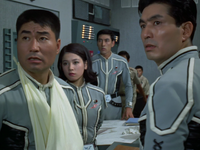 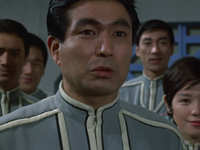 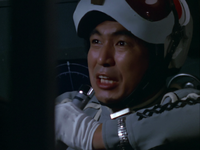