Ultraman Wiki
Register
Don't have an account?
Sign In
Advertisement
in: Heroes, Other Heroes, Robots,
and 2 more

None, Jumborg Ace is controlled by Naoki Tachibana

None, Jumborg disguises himself as Plane JA3395

Jumborg Ace episode 1 "A Gift From the Emerald Star"

TBA
Jumborg Ace (ジャンボーグA（エース） Janbōgu Ēsu) is a fictional mecha created by Tsuburaya Productions, and the titular fighting robot of the 1973 Tokusatsu television series. Jumborg Ace is actually an airplane that can transform into a fighting robot, which is piloted by Naoki Tachibana.

Young air delivery boy Naoki Tachibana is out to deliver a package for his grumpy boss Daisaku Banno, when his older brother Shin'ya (Toshiaki Amada), who commanded the defense force, PAT (Protective Attacking Team), was killed in an attack by a giant monster called King Jyglus (which was sent by the evil alien Anti Go-Ne of the Planet Groth). When PAT retaliates against a second attack by the monster, Naoki, in retaliation for his brother's death, suicidally tries to ram his air delivery Cessna into the monster, to their shock. When the monster downs the plane, Naoki and his plane are teleported into an energy world by an Ultraman-like alien from the Emerald Star.

The Alien Emerald has instantly used his technology to completely modify Plane JA3395, as well as Naoki's wristwatch. He suddenly finds himself back in his cessna's cockpit in the real world, but he hears the Alien Emeralds' voice, telling him to activate his wristwatch, and upon shouting the command "Jum-Fight!", his jet transforms into the giant cyborg, Jumborg Ace, with Naoki, in a VR movement-control suit, piloting the robot from inside the head with his own physical movements. He fights with King Jyglas, eventually destroying the monster. But his battle against the Alien Groths has only just begun.

Jumborg Ace has a vast array of powers, including a sword coming from his stomach, missiles, and energy beams. He can cut enemies' heads off with a kick or change his body into a slicing machine. He can also transfer energy from his eyes if Jumborg 9 is out of power.

Mecha Wettle King (メカニウェットルキング Meka Uettoru Kinggu) is a robotic version of the original Wettle King that Keroro Platoon's (save Giroro and Dororo) created to enact their revenge on Natsumi in an episode of Keroro Gunsou episode 166. This robotic counterpart resembles Ace Robot and Jumborg Ace themselves, to the point of transforming from a small plane, Keroro became his motion pilot in a similar cockpit from Jumborg Ace's and shouting "Wettle Fight!". 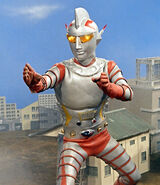 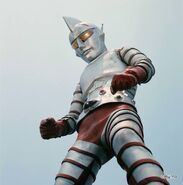 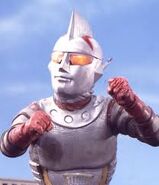 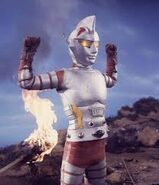 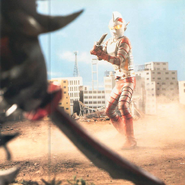 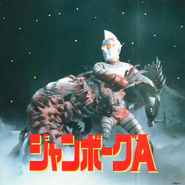 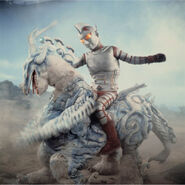 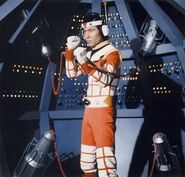 Naoki in control of Jumborg Ace 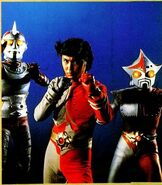 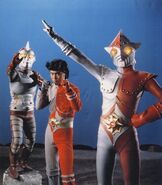 Naoki Tachibana and his two robots 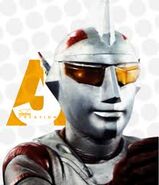