Jumborg Ace episode 43 "Death Robot's Trap is Sure to Kill" (as Jr.)

A very powerful robot developed by Mad Go-Ne to destroy Jumborg Ace, Jum Killer was sent to Earth. He confronted Jumborg Ace but managed to defeat him by shooting a missile into his face.

Later, Alien Emerald III arrived, giving Naoki Tachibana Jumborg 9. With his new robot, Naoki easily overpowered Jum Killer. He kicked him into the air using a Jum Kick. He then fired the Golden Leather at Jum Killer, blowing him to pieces.

Jum Killer Jr. was the successor of the original Jum Killer created by Satan Go-Ne. It was much stronger than the original. When he battled Jumborg Ace, he managed to destroy his energy circuit, Jumborg Ace could not move and eventually lost all his energy. Satan Go-Ne arrived to destroy Jumborg Ace, but Jumborg 9 transformed to confront him. Jumborg 9 had the upper hand and shot the Boomerang Cutter at Jum Killer Jr. causing him to stop moving. Jumborg 9 used the Dynamite Power on him, killing him in a large explosion.

In the movie Jumborg Ace & Giant, Jum Killer Jr. is a servant of Demon Go-Ne. He fights Giant, but is quickly overpowered. Giant pummels Jr. with his club, driving the robot into the ground. Crying out for mercy, Jr. is spared by Giant. Later, he manages to get out, but Demon Go-Ne accidentally destroys him with her mirror's reflective beams. 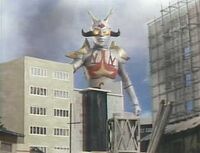 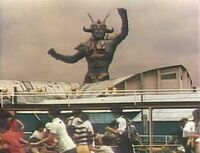 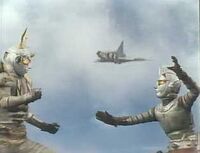 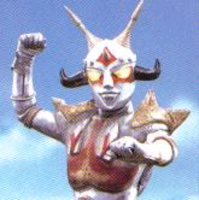 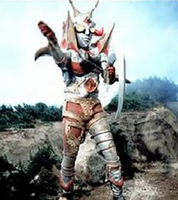 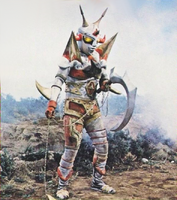 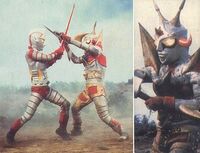 Jum Killer Jr. vs. Jumborg Ace
Add a photo to this gallery
Retrieved from "https://ultra.fandom.com/wiki/Jum_Killer?oldid=535122"
Community content is available under CC-BY-SA unless otherwise noted.