Julie was peacefully roaming in a dinosaur reserve, until she found a mysterious fruit that came from the sky. She eats it, but then disappears. Koseidon Corps come to find her, and eventually find her laying on the ground. 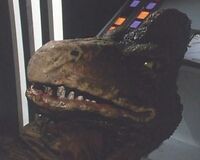 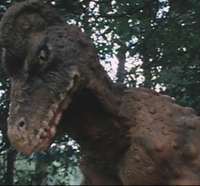