None
Jobarieh (ジョバリエ Jobarie) is a Kaiju that appeared in the TV series, Ultraman Tiga. He appeared in episode 28.

Jobarieh was a monster who awoke in a nearby countryside in response to a radio wave disruption. TPC and GUTS launched all of their attacks until the monster burrowed into a mountain and rested its injuries. Later at night, it reawakened and attacked the TPC camps. Daigo transforms into Ultraman Tiga and fought the monster. While it did squeeze Tiga with its hands, Tiga managed to get free, and destroyed Jobarieh with Ultra Heat Hag. 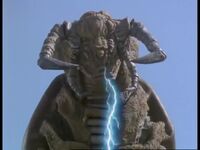 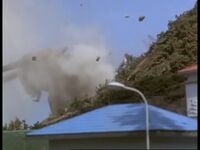 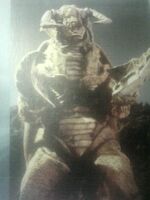 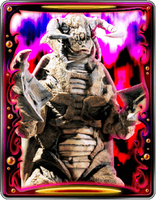 Add a photo to this gallery
Retrieved from "https://ultra.fandom.com/wiki/Jobarieh?oldid=511204"
Community content is available under CC-BY-SA unless otherwise noted.