Planet Jasyuline in the Eridanus System

Unknown
Jasyuline (ジャシュライン Jashurain) is an alien monster with 3 faces who can turn his opponents into gold statues for his collection in Ultraman Mebius.

Jasyuline is an alien being who made himself famous throughout the universe for incasing his opponents into gold statues as his "Trophies." With Ultraman Mebius as his next target, Jasyuline headed for Earth in hopes of adding the Ultra to his "Collection." Arriving during a festival to honor Father of Ultra, Jasyuline landed on Earth beckoning Mebius appearance, taking down opposition from GUYS in the process. Ultraman Mebius was quickly on the scene to stop the alien, but Jasyuline's psychic powers were too much for Mebius to handle. Once the Ultra was weakened enough, Jasyuline fired his Gol-Jasyura, solidifying the Ultra into a statue of pure gold. As Jasyuline celebrated in his victory, they noticed that Mebius's Color Timer was not coated in gold, thus the enraged alien materialized his boomerang to successfully crack it open by force after hammering it several times.

Suddenly a green orb of energy fell from the sky and knocked Jasyuline away from the damaged Mebius statue. The orb quickly materialized to reveal none other than Father of Ultra. Excited about the thought of owning a statue of the Father of Ultra, Jasyuline proceeded to battle against the superior Ultra. Father of Ultra however was more evenly matched to the alien than Mebius was and managed to distract the alien with his cape, while Father of Ultra managed to free Mebius from his gold coating and repair the damaged Color Timer with the Ultra Charge. Upon freeing himself from Father of Ultra's cape, Jasyuline tried to fire another Gol-Jasyura, but was severely damaged by a blinding flash of Ultra Father's Ultra Array. With Jasyuline weakened, Mebius transformed into his Mebius Burning Brave form and this time was able to match Jasyuline's strength. Frustrated and crippled, Jasyuline desperately activated his last ditch attempt to kill both Ultras, as well as the Earth itself, by burrowing towards the planet's core. Ultimately, Jasyuline was destroyed by Ultraman Mebius' Mebium Burst before he could even burrow away.

Jasyuline was revived by Ultraman Belial's 100 Monster Army as he was seen as a spirit awakening to the Plasma Spark along with Angross, Sadola, Telesdon, Guesra, and Zetton. He then teamed up with Lunaticks, Kelbim, Birdon, Roberuga II, Alien Valky, Mukadender, Froguros, Gromite, and Angross to take on Ultraman Mebius. He was accidentally killed along with Lunaticks by Belial's Belial Genothunder during the final battle. Mega Monster Battle: Ultra Galaxy Legends The Movie

In episode 7, him along with several monsters are seen cheering Ginga on as he fights Dark Galberos. The Closed World

He reappears to fight Antlar. The Spark Doll for him is given to Misuzu by Hotsuma Raido, who got it via unknown means. The Jet Black Ultra Brothers

It is likely that Jasyuline returned to space in his original form after Ginga defeated Dark Lugiel. Your Future

Jasyuline became a Spark Doll in the conclusion of the Dark Spark War due to the Dark Spark's powers. His Spark doll was kept in Dark Lugiel's collection, and given to Alien Nackle to give to evil-hearted humans to seed chaos.

This Spark Doll has been used on one occasion by three people:

After Dark Lugiel's defeat, Jasyuline's Spark Doll is likely to have reverted back to its original form and depart Earth to return home.

Jasyuline was released in 2013 as part of the Ultra Monster 500 series. He is #27 in the series. He has 2 points of articulation and is fairly accurate to the shows. He stands at 5 inches tall. 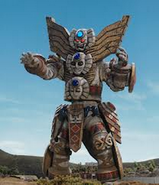 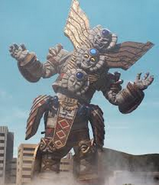 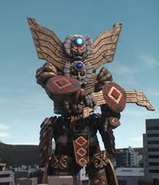 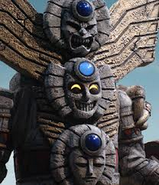 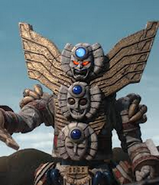 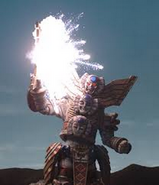 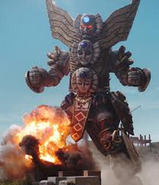 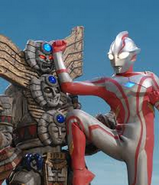 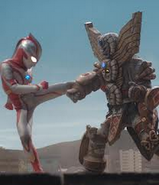 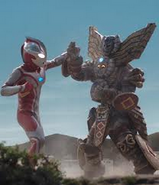 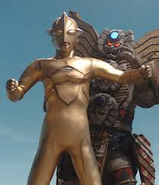 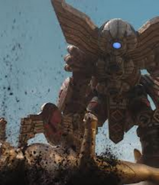 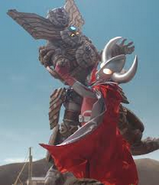 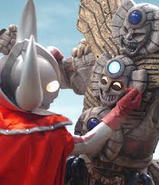 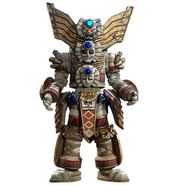