Ultraman 80 episode 10 "The Visitor From Space"

None
Jakki (ジャッキー Jakkī) is a small Kaiju that is the pet of Aruma that appeared in episode 10 of Ultraman 80.

Originally a native of Planet R, Jakki came to Aruma's possession and was further modified for her reconnaissance purposes.

Jakki original was a monster that came with her master Aruma to earth to study it. Jakki would fly around and over see human behavior, but only saw negative behavior between kids fighting over a pencil and two men fighting because of a car accident. With this he absorbed the Minus Energy and became a negative monster and was then eaten by an elephant, turning it into Zuruzla. Yamato then became Ultraman 80 and shrunk down and travled into the monsters body to fight Jakki. It gained the upper hand by raming into him and using its teleportation, in the process causing Zuruzla much pain. Then 80 gained the upper hand and use the Eye Shot to calm it. Aruma soon called Jakki and then both came out of the monsters body and 80 then returned Zuruzla to its normal size. Aruma and her pet soon returned to space thanking them and hoping to see them again. 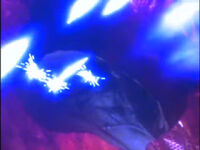 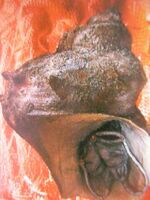