None
Insectus (インセクタス Insekutasu) are beetle-like Kaiju that first appeared in Ultraman Mebius episode 14. It also made a brief appearance in episode 21.

In a city, GUYS was attacking a female Insectus. After trying their weapons, which had little to no effect on the female kaiju, they used the Marquette Monster, Windom to attack Insectus' mouth with its energy beam. The female Insectus then explodes from the beam.

While the Insectus was destroyed, one of its offspring, Insectus Nauplius, survived and hid itself within the ear of GUYS Assistant Director Toriyama after he stepped in the remains of Insectus's eggs. Toriyama shortly began to show signs that something was wrong, but no one noticed until he started acting like a madman in the mess hall of GUYS HQ. When Toriyama was contained he appeared suddenly back to his old self with no sign of Insectus Nauplius, team GUYS then realized too late the the Insectus Nauplius had taken a new host, Teppei's mother. Team GUYS followed Teppei's mother to the hospital where they found her unharmed, but the Nauplius had already finished its metamorphosis into its adult form.

Growing rapidly in solitude, the Insectus Nauplius grew out of its chrysalis and headed to the left wing of the hospital. As Crew GUYS searched high and low for the rogue insect, they soon discovered yet another empty husk of shed skin, only this one was much bigger! Not long afterward, the male Insectus burst from the ground, roaring aloud as the frightened city looked on. The male soon began to rampage as Crew GUYS fought back, but their weapons were more than useless against its might.

Mirai transformed into Ultraman Mebius and began to attack, but the male summoned a black plague from the sky! Countless insects of different species fell upon Mebius in such numbers he couldn’t move. His energy quickly depleting, it seemed as if Mebius would fall for good until Teppei lead the swarm away with the same high frequency noise used by the Insectus monsters.

Crew GUYS managed to save Teppei from the swarm and also launch a new attack targeting its mouth, successfully destroying the organ it used to generate the noise. As the insects rained to the ground dead, Mebius recovered and brought on the fight again. He reflected Insectus's energy bolts back at the monster, making it stumble back in pain. Given enough time, the hero charged and fired his Mebium Shoot, completely destroying Insectus once and for all. 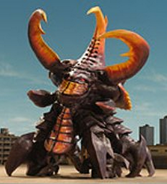 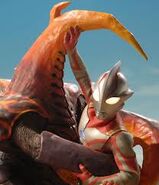 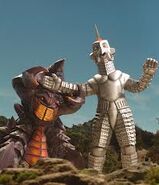 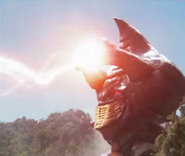 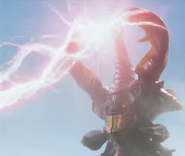 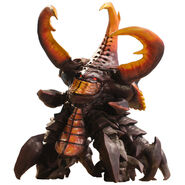 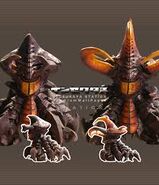