Originally a bunch of pink sheep, he came inside of peoples dreams and trapped them there, one of them being EYES member Ayano. Ayano soon followed the sheep into many of her dreams involving her past. Even worse, if they didn't wake up soon, they will die. When EYES figured out about the monster, Musashi transformed into Ultraman Cosmos and traveled into her dream world. After being teleported with Ayano by the sheep, Mushashi then found himself in Inculas main dream world where the people were trapped. The small monsters then combined and turned into his true form. He then transform into Ultraman Cosmos again to fight. Inculas had the upper hand in teleporting, speed, and jump ability and then trapped Cosmos in a energy cage and was also running out of energy. Ayano then used her willpower to summon her uniform and gun to free Cosmos. The giant then became Corona Mode and soon destroyed Inculas with the Prominence Ball, everyone then woke up free from his dream world.

Combine
Add a photo to this gallery
Inculas

Energy Cage
Add a photo to this gallery 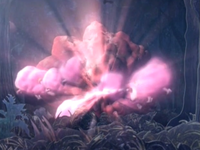 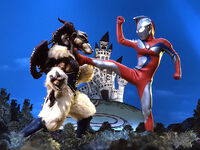 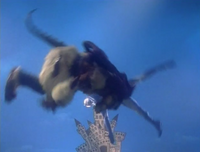 Add a photo to this gallery
Retrieved from "https://ultra.fandom.com/wiki/Inculas?oldid=540200"
Community content is available under CC-BY-SA unless otherwise noted.