Hungler (ハングラー Hangura)[1], or alternatively Hangler, was a Atlantic footballfish-like saucer creature from an inverse galaxy that was summoned by Black Directive in Ultraman Leo. It first appeared in episode 45.

Once Blizzard was destroyed, Black Directive summoned his seventh Saucer Beast, Hungler. This monster was quick to travel to Earth and under cover of night, soon started to try devouring cars, though its first two attempted victims escaped from its terrible jaws. The elder of them however, suffered severe injuries. The authorities refused to believe their tale of a monster. Gen wasn't so hasty to dismiss it and listened to the man.

Soon, Hungler finally erupted from beneath the ground, this time attacking a busy freeway in a destructive rampage. It inhaled countless cars, swallowing them hole and destroying the free way. Gen managed to use a special balloon to cover the creature's face and scare it off. It soon landed again and began its assault anew in the middle of the city, once again sucking cars into its massive jaws and then setting about the destruction of the city. The same man that survived its first attack attempted to drive a truck full of gasoline into its waiting jaws, managing to escape, burning the monster.

Hungler's face was lit aflame but it soon assumed its attack, prompting Gen to transform into Ultraman Leo. However, the monster proved to be tougher than expected and Leo had wounded his arm. Hungler beat Leo down, defeating him. Thankfully, Astra descended from the sky to aid his brother against the Saucer Creature, quickly kicking the beast off Leo and battling it himself.

Astra shrunk down and flew straight into the monster's jaws and out from its back. Energy sparked around Hungler until it exploded into meaty chunks. However, undeterred, Black Directive wasted no time summoning his next beast. Terror of the Saucer Race Series - The Fighting Leo Brothers! The End of the Flying Saucer Beast

Sometime in 1950, Biranki summoned this monster to Earth. Arriving in Burlesque ocean in South America, they attacked incoming aircrafts, creating the mysterious Burlesque Triangle incident. This event attracted the attention of Gai and Sector 51 agent Mike Scudder to investigate. Seeing Gai, Biranki ordered the monster to attack him before the former assumed Ultraman Orb Spacium Zeperion and defeated it. 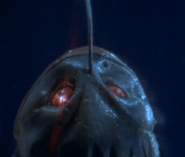 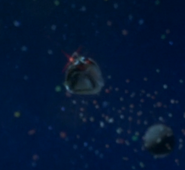 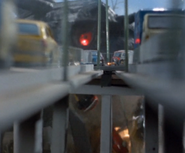 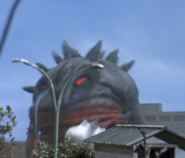 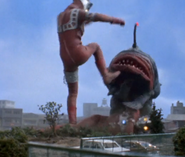 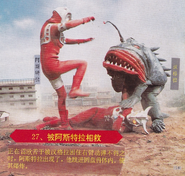