N/A
Hitomi Hasebe (長谷部瞳 Hasabe Hitomi) is a Japanese actress. She is known for playing Mizuki Koishikawa in Ultraman Max. Hitomi debut her career in 2001. She currently is in Ultraman Geed playing the wife of Leito Igaguri (Ultraman Zero's host). She belongs to the Hirata office. 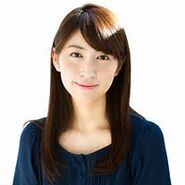 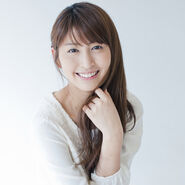 Ultraman Max & Hitomi behind the scene

Add a photo to this gallery
Retrieved from "https://ultra.fandom.com/wiki/Hitomi_Hasebe?oldid=479894"
Community content is available under CC-BY-SA unless otherwise noted.