"You once said, that humans could change. I want to believe that."
"But, unless man shoulders the pain of their errors from the past, they cannot truly change."

―Hiroya Fujimiya to Gamu Takayama, "The Silver Eyes of Izac"

Hiroya was first introduced as an intelligent star student from Alchemy Stars. He started out as a cold, arrogant loner who disliked Gamu, his rival, and Gaia's human host.

Hiroya desired to save the world, but due to the manipulations of the Radical Destruction Bringer and the corrupted super computer Crisis, he came to believe that mankind was a threat to the Earth, ultimately turning him against them. Despite this he could not truly let go of his humanity, and when the truth was revealed he ended his crusade against humanity.

Although he no longer desired to destroy mankind, he still holds some contempt for them and how they have treated their world.

After the final fight between Gaia and Agul, he holds a respect for him and decided to fight beside Gaia as Agul.

Hiroya Fujimiya was a smart young scholar in Alchemy Stars. Working on a project for the organization he developed the supercomputer known as Crisis, to predict the most likely outcome of the Earth's future. The answer shocked him when the computer told him that the world's fate was destruction and its cause: Mankind. Abandoning the project he began several other research projects, one was to control monsters to keep them away from populated areas and the other was to find the 'will of the Earth', to devise a solution for the world's problem. In a room filled with special water tanks, Hiroya encountered a blue light that pulled him giving him the power of Ultraman Agul. The Birth of Agul As the blue Ultra, he attacks monsters but pays no heed to possible human casualties, in one instance Agul transformed Gaia into anti-matter to fight a monster in a special zone and almost refused to convert him back, possibly leaving him stranded in space. The Challenge from the Anti-Space

Soon after his first battle, he learns that Gamu Takayama is Ultraman Gaia and Gamu learns of his identity. Their conflicting beliefs and ideal cause them to clash, once when Agul tried to destroy the aerial base of XIG, and finally when Gamu challenged him to a battle near a coast. Both fights released energy that caused a wormhole, the source of most of the monster and alien attacks, to summon forth a large monster. Gamu later reveals to Hiroya that Crisis was infected by the being that sends the monsters through the wormhole and that its predictions were all lies. Knowing that Hiroya would potentially become Agul, it worked to subvert the guardian of the Earth into its unknowing pawn. Upon hearing this and seeing the evidence Hiroya suffered an emotional collapse and gave Gamu his Light of the Sea, upgrading Gaia to Version 2 and giving him Supreme Version. After that, he disappeared for some time.

"After I'll get the power back, I was thinking about why there is two Ultraman. Now I realize, if one down, there's still have another one."

―Fujimiya to Gamu before the final battle, "An Angel Descends"

Later he reappears when Gamu is captured by a robot sent through the wormhole. Pleading to the will of the Earth for the strength to fight for his friend, Hiroya is enveloped by a light from the sea as time seemingly stops and he emerges as Agul Version 2. Saving Gamu, he fights with him to protect the Earth until the entity known as the Root of Destruction attacks the Earth directly. Though they were both temporarily defeated, the two restored their powers and defeated the cosmic monster saving their world. Later, he becomes Reiko Yoshi's husband.

Fujimiya returns in this series, along with Gamu, Asuka, and Musashi. He first appears to save Jugglus Juggler by defeated Bezelb. He admits to Juggler that he reminded him of his past self. Fujimiya later reunited with Gamu and together with Gai Kurenai to fight Alien Wraith Psychi army. The trio later being defeated before Asuka and Musashi join the final battle. After the final battle, He, Gamu, Musashi & Asuka encourage Gai Kurenai to never give and return to their world.

Fujimiya plays a very minor role in this alternate reality movie. Fujimiya is seen next to Gamu giving a speech for new technology Gamu had developed. Fujimiya also speaks to Gamu near the end of the film when Gamu is about to depart to the Land of the Light with Daigo Madoka (Ultraman Tiga) and Shin Asuka (Ultraman Dyna).

Agulater: Fujimiya built this device to use the Agul force. To transform, he would stretch his right arm downwards and the Agulater opens. He then brings his arm up and the Agulater flips and transforms him into Agul via a bright stream of azure light.

Fujimiya brings his arm up

The Agulater revolves and Fujimiya transforms 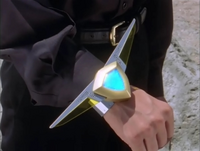 Agul Force
Add a photo to this gallery

Fujumiya returns in Ultraman Retsuden, alongside with Gamu.

Hiroya in the end of episode 4 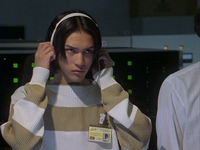 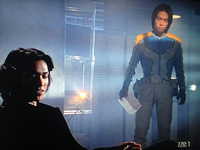 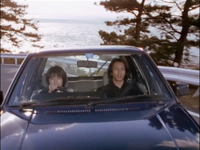 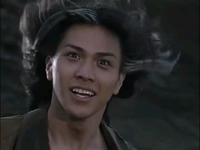 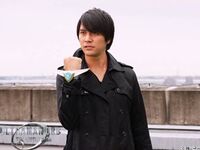 Retrieved from "https://ultra.fandom.com/wiki/Hiroya_Fujimiya?oldid=529301"
Community content is available under CC-BY-SA unless otherwise noted.