Hiroshi Nagano (長野 博 Nagano Hiroshi) is a pop singer, actor and voice actor and member of V6, a Japanese boy band formed in 1995, under the management of Johnny & Associates and it's half part, 20th Century.

He is among the first who joined Johnny & Associates in 1986 at age of 14. He quit Johnny's Jr on 1990 to continue his studies and re-join on mid of 1992. He is famous and well known for his role in the popular Tokusatsu series, Ultraman Tiga as the series main lead, Daigo Madoka, the human form of Ultraman Tiga. In addition to appearing in the Ultraman Tiga TV series, he has also appeared in several spin-offs and feature films.

On November 29, 2016, Hiroshi Nagano announced that he was married to an actress named Miho Shiraishi through a fan club newsletter. Their first child was born in 2018.

This section here refers to Hiroshi's grunts being reused per stock footage on other Ultra Series: 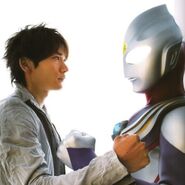 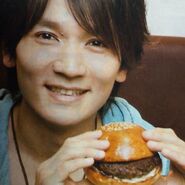 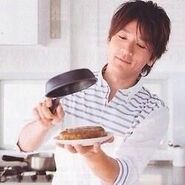 Hiroshi as Daigo and Nagano, the other role he played in the Ultra Series 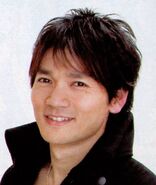 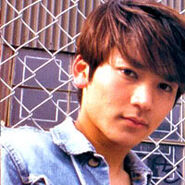 Retrieved from "https://ultra.fandom.com/wiki/Hiroshi_Nagano?oldid=418299"
Community content is available under CC-BY-SA unless otherwise noted.