None
Hertz (ヘルツ Herutsu) is a Kaiju from Ultraman Taro. It appeared in episode 37.

In Japan, winter has finally come when an elderly man noticed the monster Hertz, who came from outer space, falling from the sky. ZAT immediately moved out after that elderly man reported it to them and even though they didn't believe them, Hertz didn't attack or destroy anything. Instead, it just tried to lead them towards something. The attack team then fired at it to lead it to the bottom of a valley and didn't stop until they realized it started to beg. It stopped attacking it, but the team still didn't trust the monster and Kotaro offered to find which universe the monster came from by obtaining a piece of meat from it, but when it started to go crazy over the pain from the process, Kotaro quickly got a piece from it's foot and analysis was immediately underway.

The next night Hertz was still in the valley, suffering from the pain when a new woman shows up and asks them to kill the monster because she claimed it killed her grandfather. ZAT finally identified Hertz as a monster that came from the constellation Medusa in the ATOX galaxy and moved to Earth because the electronic waves in that constellation were interrupted, possible due to a war breaking out.

The next day, while it was just minding it's own business, it found itself being shot at by a attack vehicle by a possessed Moriyama, leaving the monster at her mercy, until Kitajima chased her in the Sky Condor, resulting in an aerial dogfight until she shot down Kitajima's plane and Kotaro transformed into Ultraman Taro and exposed the woman as Hertz's enemy, Alien Medusa.

After revealing her intentions and claiming that Hertz is dead, Taro fought the alien and after an evenly matched fight, Taro destroyed her with the Strium Beam and the Hertz revealed himself to be alive and well, thanking Taro for saving him and ZAT put Hertz in a net and sent him back into the sky so that he can fly the rest of the way back to his home in outer space. 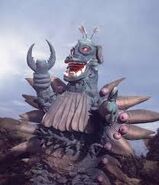 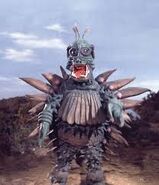 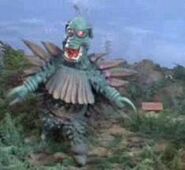 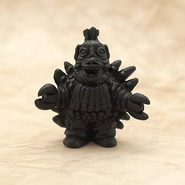 A Hertz eraser
Community content is available under CC-BY-SA unless otherwise noted.
Advertisement