Halley Jack was attacking Androsaurus and Androsaurus Junior close to the sun. During this case a rocket that was holding Mirrorman was flying by and the Saturnian monsters and Halley Jack went toward it. Mirrorman was eventually freed, but Halley Jack did not quit his pursuit of the parent and child as they came to Earth. The Jumbo Phoenix spotted this and quickly shot down Halley Jack, blowing the monster to pieces.

Halley Jack behind the scenes and Concept Art. 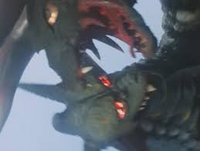 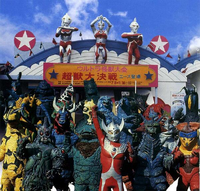 Halley Jack amongst the many stage show suits for Ultraman Land 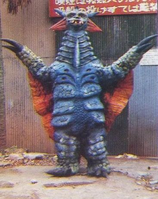 Halley Jack's suit behind the scenes 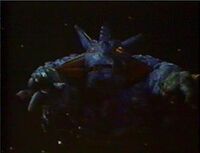 Add a photo to this gallery
Retrieved from "https://ultra.fandom.com/wiki/Halley_Jack?oldid=539532"
Community content is available under CC-BY-SA unless otherwise noted.