Ultraseven episode 42 "Ambassador of the Nonmalt"

One day, two large ships blew up and were set aflame. After the UG tried to find an eyewitness that saw what happened, their luck ran short. However, some time later, the monster Guyros made himself known as he started attacking another large ship. The Ultra Guard arrived on the scene quickly and managed to kill Guyros by attacking him from the air and water. Little did anyone suspect that Guyros was only a pawn in the Nonmalt's plan. Guyros was revived by the Alien Nonmalt later that day after they started to attack a local harbor town with a very powerful submarine. Dan Moroboshi turned into Ultraseven and intercepted Guyros, but the creature proved to be a formidable adversary until the hero used the environment against him. Ultraseven used his Eye Slugger to slice off each of Guyros's tentacles after each dive, slowly making him incapable of fighting. Shortly into battle, Guyros became tired out and simply died. Ambassador of the Nonmalt 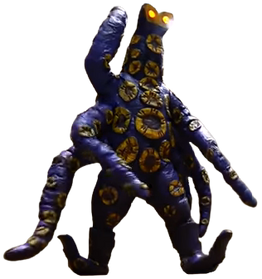 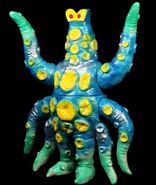 Figure of Guyros, by Bear Model. 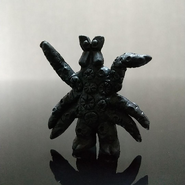 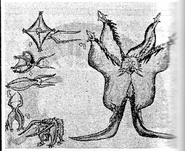 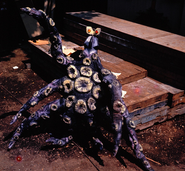 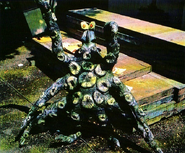 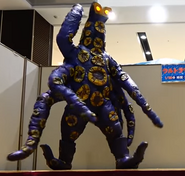 Guyros in his first ever stage show