An alien spider-like creature that lived within the Bell alien's Space X, one of these creatures attacked Amagi and Soga, two members of the Ultra Guard. As it spewed a choking blue gas, the pair managed to kill it with their laser guns. Another one of the same species, or perhaps the same one from earlier, crawled into attack Amagi and Soga while they were ensnared by Sulfan. When Anne and Dan arrived, the Sulfans were destroyed and Dan and Gumonga fought, Dan throwing the arachnid to the ground and killing it with a shot to the mouth. 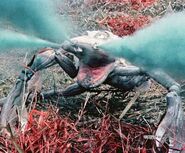 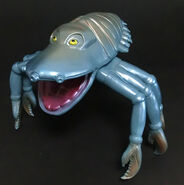 Figure of Gumonga, by Marmit. 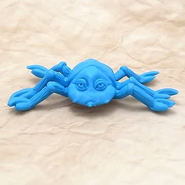