SSSS.GRIDMAN episode 12 "Awakening (Finale)"
The Gridman Alliance (グリッドマン同盟 Guriddoman Dōmei) is an unofficial team in SSSS.GRIDMAN, who are most involved with Gridman and the only ones not affected by the aftermath of the attacking kaiju. Their "base of operations" is in the Junk Shop owned by Rikka's mother.

The Gridman alliance was first 'founded' when Rikka brought Yuta and Utsumi to see Junk again in the shop. After their first experience in a kaiju attack, and Gridman's first victory, Utsumi coined the name "Gridman Alliance" for the trio, even though Yuta had no comment and Rikka thought it was a dumb name. Awakening The trio would continue to fight against the kaiju along with Gridman and the Neon Genesis Junior High Students.

After Alexis・Kerib's defeat and Gridman's retuen to the Hyper World, it can be assumed that the team is disbanded though it is likely that the three of them are still friends. Awakening (Finale)

Yuta Hibiki (響裕太 Hibiki Yūta) is Gridman's partner and the one who transforms into Gridman to fight the kaiju. Later on, he figures out that he is actually a part of Gridman which explains why he has no memories, and the real Yuta is lying dormant.

Rikka Takarada (宝多六花 Takarada Rikka) is the unofficial co-owner of the Junk Shop, where Gridman resides. Despite being apprehensive about Gridman Alliance at first, she develops a strong determination to help Yuta fight kaiju in order to protect her loved ones.

Sho Utsumi (内海 将 Utsumi Shō) is the founder of the Gridman Alliance. His knowledge about the Ultraman Series and its various tropes makes him an unlikely asset to the team. 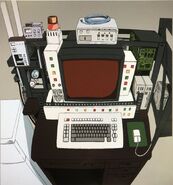