"They will lose their lives. Grall is the strongest creature, which Mensch Heit has synthesized from various mutations born under the Dark Matter effect. Grall will exterminate every rebels. Neos... Even Ultraman Neos might be... unable to win."

―Esura's words regarding the monster.

N/a
Grall (グラール Gurāru also read as Gurale) is a combination of Dark Matter monsters from outer space, appearing in the penultimate episode of Ultraman Neos.

An amalgamation of various monsters born from the Dark Matter, Grall attacked the Planet Zamu under Mensch Heit's orders and forced it native people into exile. Seeing their existence as a threat to him the space conqueror sent it to murder the last of the Alien Zamu hiding on Earth. Attacking a ship, the assassin killed a giant Zamu and destroyed the ship and all in it.

With only one target left, Grall attacked HEART HQ for the last surviving Alien Zamu, Esura. Ultraman Neos appeared to challenge the space killer but the creature with stood the heroes attacks and overpowered him. Draining his energy and throwing him away, he fired an energy beam with his stolen power. With the hero defeated he moved to destroy his prey only to be attacked by a weakened but determined Neos. Using the last of his energy the Ultra vanquished the golden assassin with Neo Magnium Ray and Neos Eddie Beam. In the end it was a battle that almost cost the young Ultra his life.

Hide
Add a photo to this gallery 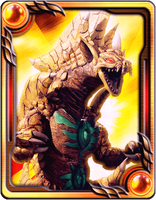 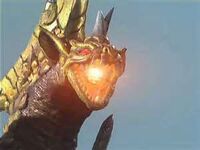 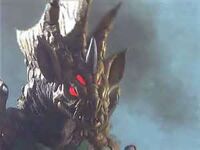 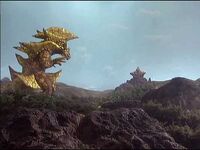 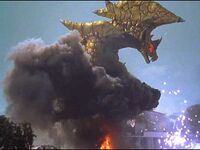 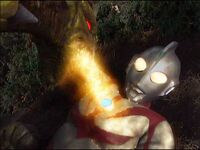 Grall absorbing Neos energy
Add a photo to this gallery
Retrieved from "https://ultra.fandom.com/wiki/Grall?oldid=510969"
Community content is available under CC-BY-SA unless otherwise noted.