Gora (ゴラ, Gora) is a Kaiju that first appeared in the TV series, Ultraman 80.

Gora belonged to Alien Vibros as their weapon to conquer Earth. Gora first appeared as an egg that was hidden within the Asada Mountains. Shortly after hatching, Gora began to absorb the magma from the Earth, allowing him to grow more bigger in size and more powerful in strength. Once he became big enough, he was called forth by Alien Vibros to kill Takeshi. Takeshi quickly transformed into Ultraman 80 and fought with the monster. Both 80 and Gora strength seemed to be at a perfect standstill as both monster and Ultra's abilities matched up with one another. However once 80 found an opening, he fired at Gora with the Buckle Beam and immediately followed up with the Succium Beam. The combined attacks were too much for Gora to handle and Gora agonizingly died of his injuries.

Gora was a monster sleeping in an Enmanium mine near a volcano but was awakened when Count Orlok tries to detonate the mine in hopes of obtaining insurance money. After avoiding Alien Gapiya Sadis, Gai transforms into Ultraman Orb and eliminates Gora through the use of Orb Water Calibur. Following the monster's demise, Orlok was apprehended for his crimes and Gai received the fire jewel for Orb Calibur from the citizens as a sign of gratitude. 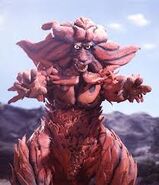 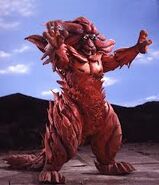 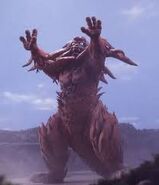 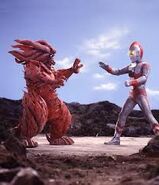 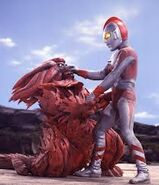 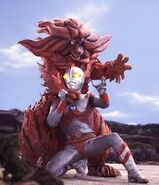 Gora taking part in the Boulder Dash challenge during an episode of Takeshi's Castle. 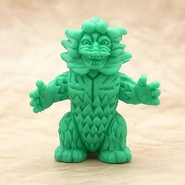