"A Kaiju that even I couldn't sense?"

SSSS.GRIDMAN episode 11 "Decisive Battle"
Gonglee (ゴングリー Gongurī)[1] is a Kaiju that debuted in SSSS.GRIDMAN. It was specially made to be undetectable to Gridman.

When Akane was interrupted while speaking to Rikka Takarada by one of the Arcadia boys, who also took her phone and called her profile picture an Alien Baltan instead of an Alien Reguran, she immediately went home to get Anti to kill them. Anti refused, stating that he only cares about killing Gridman. Akane then left him and made this monster as a replacement. Gonglee came about at night, killing three of the Arcadia group while hiding in mist, undetectable even to Gridman himself. Gonglee then appeared the next morning to hunt down its last target, and would have succeeded if not for Gridman and Samurai・Calibur's interference. Gridman then fought the monster but was interrupted by the sudden appearance of Anti. When Gridman and the Assist Weapons started glitching out due to Junk overloading, Anti mauled Gonglee for getting in the way. Gridman recovered after Rikka gave Junk a hard reboot, much to Sho Utsumi's dismay, and Gonglee was finished off via Max Gridman's Super Lightning Kick. Suspicion

Gonglee, along with all the other Kaiju Gridman fought, reappeared when they were summoned by Alexis to get rid of Gridknight, since Akane refused to make any more new kaiju. Gonglee and Nanashi were cut in half by the Gridknight Circular. Decisive Battle 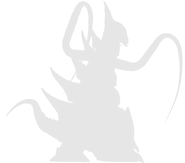