Golgolem (ゴルゴレム Gorugoremu) is a Space Beast that appeared in the TV series, Ultraman Nexus. It appeared in episodes 19, 20, and 21.

Feeding on humans in the countryside, Golgolem was quickly met with opposition by the Night Raiders. Golgolem's phasing abilities however allowed him to outmaneuver most of their assaults. Ultraman Nexus was quick to arrive to assist the Night Raiders, but his injuries that he received in battle against Dark Mephisto and Galberos made this task nearly impossible. Golgolem easily plowed through the injured Nexus and avoided his and the Night Raiders's assault with ease until ultimately, Golgolem escaped.

The next night Golgolem was found heading towards a village full of people, no doubt planning on feeding on them. As a result, the Night Raiders set up a trap for Golgolem to wander into, in hopes of disabling the monster of its phasing ability. Golgolem fell for the trap and his crystals were destroyed by the Night Raiders's weapon, but Golgolem still had a lot of attacks in store for the group and thus unleashed them in an all-out attack on the Night Raiders. Once Golgolem found a family that was camping out near the vicinity, Ultraman Nexus returned to battle the Space Beast again. Still, Galberos's injuries were too much on Nexus's body and Golgolem only worsened it with his fireballs. Before forcefully reverting to Jun, Nexus was able to sever Golgolem's mouth, preventing the Space Beast from feeding. The Night Raiders too tried to finish the job quickly by using their weapons, but by the time victory seemed at hand, Golgolem's crystals regrew and Golgolem retreated yet again.

The next night after that, Golgolem was cornered by the Night Raiders and had his crystals destroyed on the spot. But as the Night Raiders used their weapons to take down what was left, Golgolem absorbed their weapons with his shield and instantly regrew his crystals and tried to escape. Nexus again returned to try and stop Golgolem, but his injuries finally forced the Ultra to fall unconscious, leaving Golgolem to try and flee yet again. With the assistance of the Night Raiders distracting the Space Beast, Nexus quickly regained consciousness and destroyed Golgolem by use of the Over-Ray Schtrom. 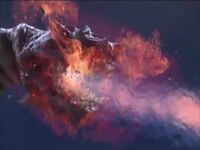 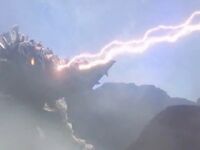 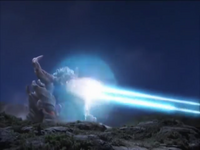 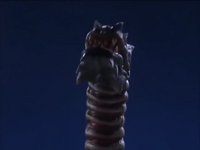 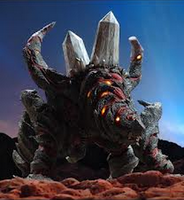 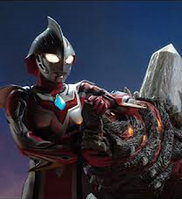 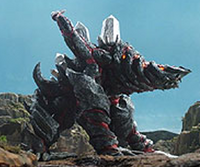 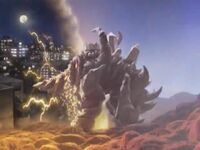 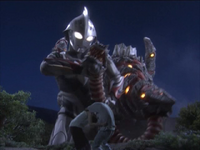 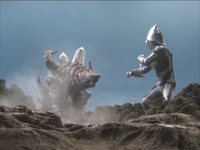 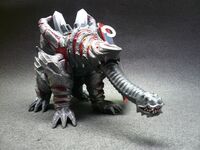