Ultraman episode 29 "The Challenge Into Subterra"

New Ultraman Retsuden episode 27 "The Return of the Spark Dolls Theater" (flashback cameo)
Goldon (ゴルドン Gorudon) were a race of gold-consuming kaiju. Two appeared and fed off of a goldmine but were killed by Ultraman.

Deep within the Earth, two Kaiju thrived by feeding on gold. When one of the few goldmines in Japan suddenly stopped producing, the ground began to quake. Emerging from the soil, one of the mighty Goldon emerged. The beast tore through the local village, forcing the Science Patrol to be called in. When it emerged again, humanity was ready. An armada was put before it, but their weapons bounced harmlessly off of its golden body.

To make matters worse, a lone miner was trapped deep within the Earth. While Captain Mura and Ide tunneled into the mountain, the gold-eating menace suddenly followed. The machine and monster crossed paths, but the drill-tipped vehicle managed to survive. As they raced toward the surface, Goldon suddenly emerged from the mountainside again. The beast was again struck with the might of the Science Patrol, and this time, with a combination of powerful weapons, it was brought down.

However, as the drill machine headed back to surface, it disturbed the second Goldon. The monster managed to flip over the machine, but as it approached it for the kill, they managed to fire a single shot at the behemoth. The explosion drove the creature to the surface where it quickly broke through the ground. Upon seeing it, Hayata transformed into Ultraman and drew battle, crashing down on its back. The creature's tail managed to snake its way around the hero’s neck, trying to suffocate him. It didn’t take long for Goldon to crawl on top of the hero, trying to crush it under its weight.

The red and silver giant managed to free himself and attack once again, this time catching the tricky tail and tying it around Goldon’s own neck. As the beast struggled, Ultraman unleashed his Spacium Beam, striking the beast in the shoulder and killing it, the very last of the Goldons. The missing gold, all one-hundred and fifty tons of it, was recovered, half given to the original discoverer of the mine and half to the devastated town the Goldons had crushed. 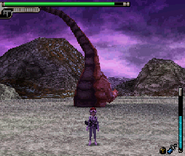 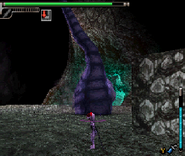 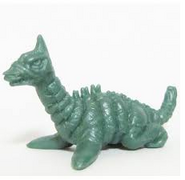 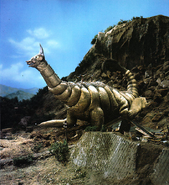