Giradorus (ギラドラス Giradorasu), sometimes spelled Gira Dorus[1], was a Kaiju from the TV series, Ultraseven. It appeared in episode 20.

A Bioweapon created by Alien Shaplay to help him in his search for the substance that made up the core of the Earth, Giradorus searched underground while Shaplay disguised himself as the Seismologist's assistant.

After Shaplay was killed by the UG, Shaplay ordered his monster to kill the other members. Giradorus arose from the surface and began to rampage with his additional weather-controlling powers until Dan transformed into Ultraseven, saving the other members underground and bringing them to the surface. Because of Giradorus's weather manipulating tusks Ultraseven found it difficult to battle him, but the hero continued to fight. After escaping a tackle Ultraseven used the Eye Slugger to decapitate Giradorus, spilling the pieces of the Earth's core from his neck.

A new version of Giradorus known as Albino Giradorus appeared in the novel. Albino Giradorus was under the control of an Alien Shaplay. The Shaplay was like the first, searching for Ultonium crystals. When GUYS foiled the alien's plans, he summoned Albino Giradorus causing a snowstorm in the Kanto area. Ultraman Mebius appeared to fight it, and after a short fight, decapitated the monster, foiling Shaplay's plans as well.

Albino Giradorus is a white variant of the original Giradorus used by an Alien Shaplay in the Ultraman Mebius novel, Anderes Horizont. 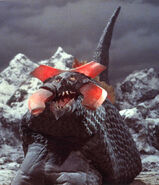 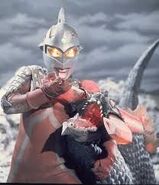 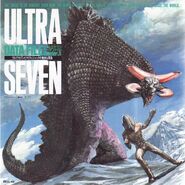 "The Earth is in Danger!" 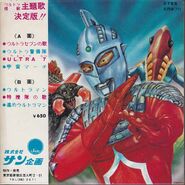 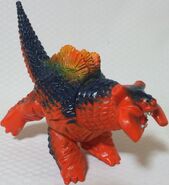 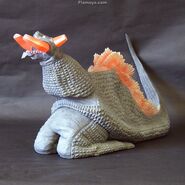 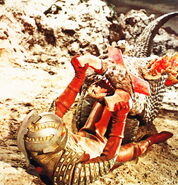 How to enter the Giradorus suit. 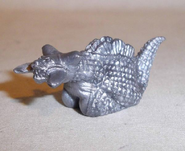