Gilmer was once a marine fish/mammal that noticed a ship has sunk near its territory. Gilmer then decided to transplant one of the human's brains to him making Gilmer half-fish half-human. 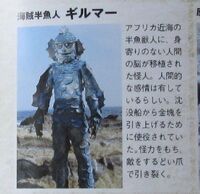 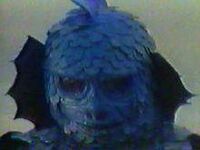