Gilfas (ギルファス Girufasu) is the subordinate of the Alien Tarla. He first appeared in Ultraman Max episode 19.

In ancient Japan, Alien Tarla came to Earth with other members of his kind. At first the two species lived together until the Alien Tarla found out humans like war. For some time the Taaraians acted like the planet's gods and were led by their master Gilfas until Ultraman Max came and defeated them. Gilfas and the Taaraians were sent through an interdimensional doorway to their starving home world of Taara. In modern times ruins were discovered to have a strange puzzle. When Kaito touched it a doorway was created and Taaraian attacked. Taaraian was soon forced to retreat and took Mizuki with him. DASH went back through the doorway later to find her and found themselves on planet Taara. Elly found Mizuki, but so did Gilfas. As DASH held off Gilfas, Kaito was taken by Taaraian as he explained what happened and that he wanted revenge. Kaito turned into Max to defeat his ancient rival. Gilfas used his head blade, but Max dodged it. When the head blade returned Gilfas not only used it as a sword, but also created a shield from his left hand. When Maxium Cannon and Maxium Sword failed Max had no choice but to make Gilfas explode using the Max Galaxy. 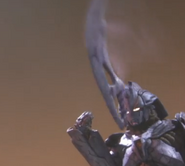 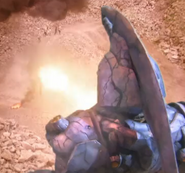 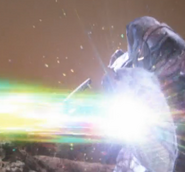 Shield
Add a photo to this gallery 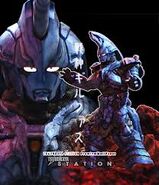 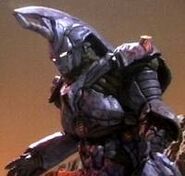 Ancient encounter with an Ultraman 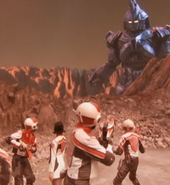 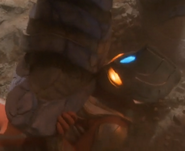 Max vs Gilfas
Add a photo to this gallery
Retrieved from "https://ultra.fandom.com/wiki/Gilfas?oldid=369935"
Community content is available under CC-BY-SA unless otherwise noted.