Long ago, after a crisis in their own dimension, the Gigi races had a conference. The Scientist-Type chooses not to migrate to Earth since their presence will disturb the human race but the Soldier-Type chose otherwise and began an invasion scheme.

Three of the Soldier-Type Gigi, Gigi A (red eye), Gigi B, (yellow eye), and Gigi C (blue eye), successfully arrived on Earth and infiltrated the SRC Science Area while disguising themselves as SRC scientists. When Musashi and Hiura went to investigate, they were shrunken and put in a maze along with the rest of the scientists. Gigi C (Blue Eye) told them that about 2000 billion of their species will migrate to Earth and coexist only with humans living as microorganisms. Musashi transformed into Cosmos and foiled the Gigis' plans. He fought with Giant Gigi outside as Hiura destroys their transporter, weakening Giant Gigi, and Cosmos finished them with the Naybuster Beam. The Different Dimensional Trap

While Professor Sawaguchi was conducting a teleportation experiment, she encountered the Gigi Doctor XX01 (ギギ・ドクターXX01 Gigi dokutā (XX 01)) who gave her a ring. Sawaguchi was later visited by Musashi, Shinobu and Hiura as the alien communicated to them through the translator on its chest and sought their help to stop the Gigi invasion.

Once Ultraman Cosmos was trapped by the Soldier-type Gigi that had became another version of Giant Gigi, Dr Gigi XX01 magnified Clevergon into a giant who later assisted Cosmos in finishing the villains. After the battle was over, Dr. Gigi left and bid farewell. Hiura, who was jealous of Dr. Gigi for giving Sawaguchi a ring, was then told that Dr. Gigi XX01 was a female, but her masculine voice came from the translator on her chest and the ring she gave her earlier was a sign of her trust. Gigi vs Gon 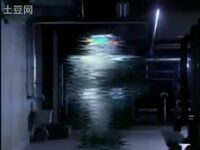 Combine
Add a photo to this gallery
Gigi (Giant) 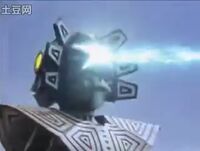 Double Shrink Stomping
Add a photo to this gallery
Gigi (Progress)
Another version of the gigantic Gigi, this one was called Gigi (Progress) (ギギ（プログレス） Gigi (Puroguresu)). Despite being almost identical to the first, the Progress version was upgraded. Ironically, later game publications would portray the normal gigantic Gigi with Progress' upgrades, saved for the head protection. 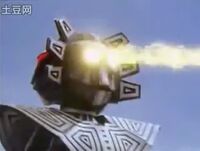 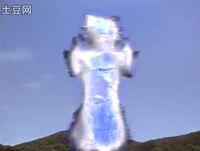 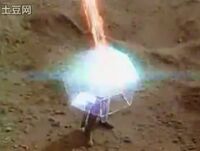 Shield
Add a photo to this gallery
Gigi (Scientist-Type) 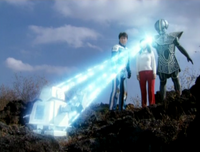 Size Changing Ray
Add a photo to this gallery

Face B (Progress).
Add a photo to this gallery 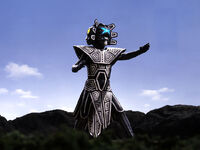 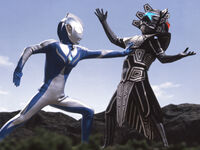 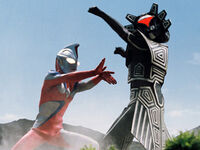 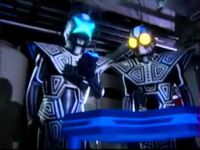 Gigi in an Ultraman Stage Show
Add a photo to this gallery
Retrieved from "https://ultra.fandom.com/wiki/Gigi?oldid=515538"
Community content is available under CC-BY-SA unless otherwise noted.