Ultraman: Towards the Future episode 2 "The Hibernator"

None
Gigasaurus (ギガザウルス Gigazaurusu) is a Kaiju that first appeared in the TV series Ultraman: Towards the Future, episode 2.

An ancient being living in stasis for millions of years Gigasaurus was frozen under the ice of the arctic until the Gudis virus began to warm up the arctic and Gigasaurus was soon discovered by UMA. One day his icy prison began to slowly melt and his cells began to reproduce at a bizarre rate. As a batch of cells was about to be examined Gigasaurus woke up and increased his size to break out of the storage facility he was held at. UMA sent its fighters after the icy dinosaur Kaiju as he was rampaging through the town and soon into the local transformers. Gigasaurus's freezing breath prevented UMA's fighters from getting close. That night, while Gigasaurus was sleeping, plans were being thought up to destroy the large dinosaur for good. That morning as Gigasaurus was heading for a local oil refinery, Stanley Haggard was waiting for him to show up. Jack hijacked one of UMA's fighters to catch up with Gigasaurus to prevent him from getting infected. Before Jack's fighter crashed from Gigasaurus' freezing mist he turned into Ultraman Great. The two giants clashed against one another and before long Great managed to use Magnum Shoot to use the dinosaur's own mist against him. After a moment of silence for the beast, Great soon destroyed Gigasaurus with Burning Plasma and flew off. The Hibernator

Freezing Mist
Add a photo to this gallery

Bandai's Gigasaurus is a rare figure, as are all of Bandai's Ultraman Great figures.

Bandai Gigasaurus from Bandai Japan
Add a photo to this gallery 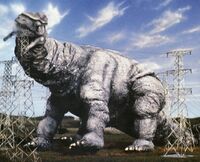 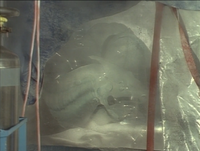 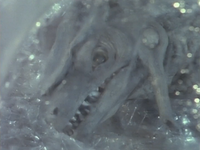 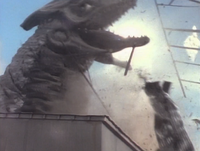 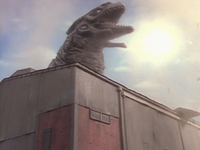 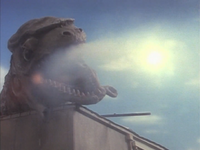 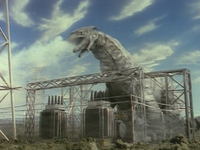 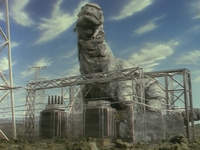 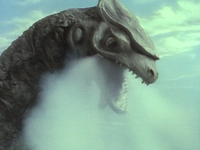 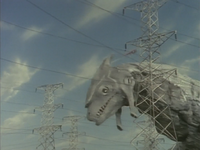 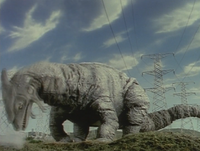 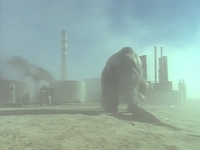 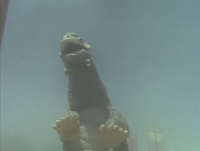 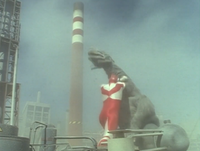 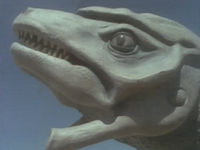 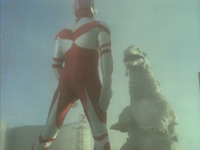 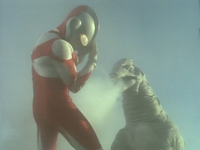 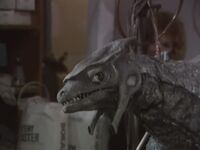 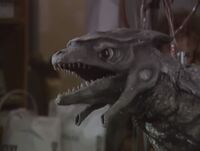 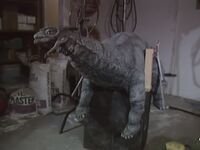 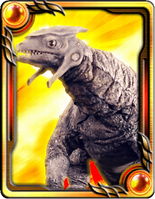 Add a photo to this gallery
Retrieved from "https://ultra.fandom.com/wiki/Gigasaurus?oldid=517898"
Community content is available under CC-BY-SA unless otherwise noted.