"Oh, such a nice and emotive form. Now, to put it in motion. Instance Abreaction!"

―Alexis before breathing Ghoulghilas to life.

SSSS.GRIDMAN episode 12 "Awakening (Finale)"
Ghoulghilas (グールギラス Gūrugirasu)[3] is a Kaiju that debuted in SSSS.GRIDMAN. It is Gridman's first opponent in the series.

After a Special Dog meant for Yuta Hibiki accidentally gets knocked over by the class volleyball team, Akane Shinjo crafted a small yet realistic-looking Ghoulghilas figure for Alexis, who used his Instance Abreaction to turn it into a real monster.

Rampaging through town, it destroyed everything in its path, including Yuta and friends' school. Its main target was Sakiru Tonkawa, Kena, Toiko and two other volleyball members, successfully targeting their house. It was not until Gridman arrived that it met any resistance, but at first it easily dealt with the giant due to Yuta's inexperience. After receiving a strategy from Rikka Takarada and Sho Utsumi via the Junk computer, Gridman rose again and targeted its weak spot, the neck. After tearing its head off and revealing its cybernetic innards, Gridman destroyed the beast's remains with the Grid Beam. Awakening

However, the next day, everyone forgot about Ghoulghilas except for Yuta, Utsumi and Rikka. Unfortunately the deaths of all five volleyball members were irreversible and they were rewritten to have died even before their entrance into high school. Restoration

Ghoulghilas later returns as an enhanced version of itself; Mecha Ghoulghilas, revised by Akane to ruin the Culture Festival at her school and to kill Gridman. As the day of the festival drew closer, the Gridman Alliance tried to convince Akane not to unleash Mecha Ghoulghilas, but their attempts failed. With no other choice, Gridman was summoned, but he appeared before Mecha Ghoulghilas did, prompting an evacuation. Akane then sent Mecha Ghoulghilas but despite its upgrades, it was no match for Full Powered Gridman, who once again tore its head off and then finished off the monster with the Grid Full Power Finish. Confrontation

Both versions of Ghoulghilas, along with all the other Kaiju Gridman fought, reappeared when they were summoned by Alexis to get rid of Gridknight, since Akane refused to make any more new kaiju. Ghoulghilas was finished off by Gridknight's Gridknight Storm but Mecha Ghoulghilas gave Gridknight some trouble. It was later destroyed by Full Powered Gridman and Gridknight. Decisive Battle Awakening (Finale) 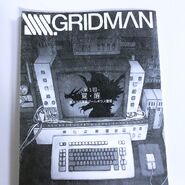 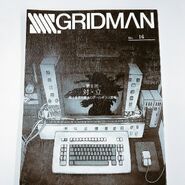 The skeleton of the Ghoulghilas figure