Geronga (ゲロンガ Geronga) is a Kaiju who appeared in the TV series Ultraman Max. He appeared in episode 29.

Forty years ago, the TV crew for the upcoming show Unbalance had discovered Geronga within an old tunnel system. When it attacked the members of the shoot, three brave actors and crewmen fought it off, successfully breaking off one of its fangs. In great pain, Geronga burrowed away and was eventually forgotten by all except the actors that fought him.

Decades later Geronga rose again, even larger than before, but was still missing its one fang. The monster rampaged through the city, but DASH managed to drive it into the park and press their assault. When it was obvious that normal firepower was not enough, Kaito Touma summoned Ultraman Max and fought the blue monster. Geronga fought back hard, using its jumping skills to pound on Max and eventually tackle him. As Max’s power began to run low, he sealed its mouth with his hand, preventing it from launching anymore of its deadly fire. Remembering the story the old man had told Kaito, Max pulled out his Maxium Sword and swiped it through the last remaining fang.

Once again in great pain, Geronga stumbled back and began crying over the loss of his fangs. Feeling sympathetic for the monster, Max gathered up Geronga and flew him into the air, taking him to its home in the Okutama Mountains, where he would sleep again, away from humanity. 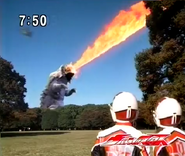 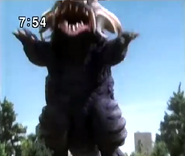 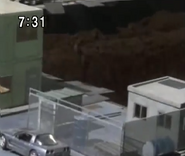 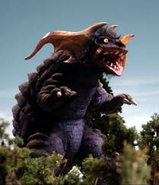 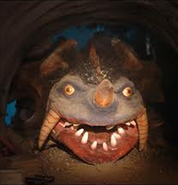 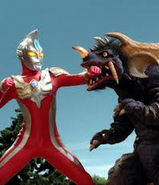 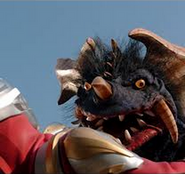 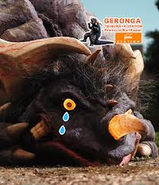 Add a photo to this gallery
Retrieved from "https://ultra.fandom.com/wiki/Geronga?oldid=494136"
Community content is available under CC-BY-SA unless otherwise noted.