SSSS.DYNAZENON episode 1 "What is a Kaiju User?"
Gridman the Hyper Agent episode 18 "The Legend of Dragon" (Chronological)

Daiki Hamano (voice)
Gauma (ガウマ, Gauma)[1] is one of the main characters of SSSS.DYNAZENON. He was a former Kaiju user affiliated with the Kaiju Eugenicists, but defected from them and fight against their Kaiju using Dynazenon.

Near the end of the series, Gauma was revealed to be the Chinese mummy that appeared in episode 18 of Gridman the Hyper Agent, referred to as the Mummy from 5000 Years Ago (5000年前のミイラ Gosen-nen Mae no Miira) according to printed materials, such as the Ultra Tokusatsu Perfect Mook.

5000 years ago, Gauma was one of the Kaiju Eugenicists, who brought fortune to a certain country (approximately somewhere in China) through the use of their power to control Kaiju. They were known as "dragon controllers" to the neighboring country. Juuga used to look up to Gauma as well. The princess of their country became interested in the power, but then the Kaiju Eugenicists were betrayed, while also betraying the country themselves. Gauma shifted his loyalty to the princess over his comrades and killed them. He then fell over and seemingly died, gaining the scars on his face in the process. At some point, before or after his death, Gauma received Dynazenon from the princess in the form of a dragon ornament. The princess (also his lover) placed his mummified remains together with other relics before killing herself to join Gauma in the afterlife.

"I feel very strong fury, hatred and envy. There seems to be so many guys who wanted revenge."
"You want to help him out?"
"From his 5000 years of sleep"
"Takeshi, let people know the fear of hatred and bring them chaos!"

The mummy was transported to Sakuragaoka museum for display alongside all of his scavenged relics. Seeing a potential of inner hatred within the corpse, Takeshi Todo and Kahn Digifer sent down Mecha Bagira to resurrect Gauma, sending him on a hate-filled attack against the museum's visitors. The mummy continued to chase after Yuka after mistaking her to be his lover in the past until Gridman neutralized the situation, causing him to become lifeless again. The Legend of Dragon

At some point in the future, Gauma and the Kaiju Eugenicists were revived in the modern day, albeit having lost his powers and connection to Kaiju. As a result, he became "human" and was rotting alive, as seen by a purple patch on his back that grew with each time it appeared. After wandering around for a while, Gauma was found collapsed underneath a bridge by Yomogi Asanaka. He remarks that he is hungry and that something had happened to him, and Yomogi gave him his Special Dog, saving him from starvation. Gauma tries to talk to Yomogi more and grabs his ankle, but he runs away to his part-time job. The next day, Gauma chased after Yomogi while he was on the way to school, wishing to repay him for his kindness, but his appearance and demeanor instead scared Yomogi away. Some time during all this, he made the bridge he was found collapsed under into his own personal camp and got one or more jobs to be able to feed himself.

Gauma later appeared to Yomogi again at night, while the boy had been waiting for Yume Minami for about forty minutes. Seeing that she was late, Gauma decided to go and find her. When he did, he confronted Yume about her broken promise with Yomogi, talking so loud that Yomogi could hear him. Before the conversation could end, Shalbandes appeared in the city. Gauma attempted to "capture" it using his Kaiju user powers but found that he was unable to. The object in Gauma's bag started to shine, and upon taking it out it summoned Dynazenon, who took in Gauma, Yomogi, Yume and Koyomi Yamanaka as its pilots. Gauma controlled the entire mecha by himself, despite it being his first time in it. After a tough battle, Dynazenon changed into Dynarex and finished off Shalbandes. What is a Kaiju User?

In the aftermath, Gauma gave the components of Dynazenon to Yomogi, Yume and Koyomi and held onto Dynadiver for himself, and made them promise to start their training the next day. However, Yomogi skipped out to go to work. Gauma is unable to convince him to attend training even after going to his house, but later picks him up when Greyjhom appears and despite Yomogi's lack of training, they manage to defeat the Kaiju. What's Your Reason For Fighting? The Kaiju Eugenicists made their presence known to the Dynazenon pilots and called out Gauma as a traitor, putting a sense of distrust into the others. When the Kaiju Burnaddon appeared, they were unable to unite their hearts because of their distrust towards Gauma, but were able to do so once again after he told them the real reason he pilots Dynazenon - so that he can meet with the person who entrusted it to him. What is a Traitor?

During Garnix's attack, Gauma was sent back to the time where he met the princess and then fought against the Kaiju Eugenicists. Yomogi managed to remind him of their mission, bringing Gauma back to the real world. Which Memories Do You Regret?

After Garnix's defeat, it spelled the defeat of the Kaiju Eugenicists and Juuga went to Gauma to apologize, only to be met with a punch as Gauma refused to forgive him for his past actions. Gauma was only stopped by the timely arrival of Yomogi and Yume and he told Juuga to leave and never come back to him. He then began to secretly follow Yomogi and Yume, concerned that Sizumu would attack them. He was proven right as Sizumu attacked Yomogi and he jumped to the latter's defense. The attack left him very weakened as his bodily decay was starting to take over. What Wish Can't Come True? Despite his near-death state, the 2nd stabilized his condition so that he could continue to pilot Dynadiver and help the team fight Gagula. Although Gauma and his friends finally finished off the Kaiju Eugenicists, Gauma finally died inside the cockpit of Dynarex, causing the robot to lose its color and deactivate. Three months later, Knight, the 2nd and the former Dynazenon pilots revisit the bridge where Gauma once was. Knight and the 2nd leave the world, taking the deactivated Dynarex and Goldburn with them. As Yomogi and Yume were heading for school, Yomogi briefly sensed Gauma's presence in the area, but passed it off. It is unknown what exactly happened to Gauma after that, but Dynarex revived once again in another Computer World. What Was I Entrusted With? 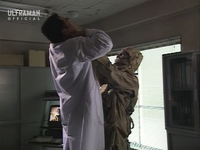 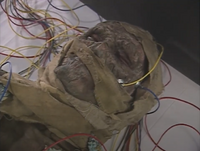 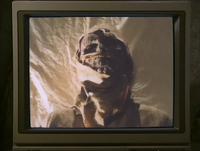 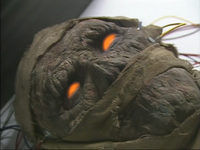 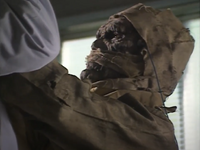 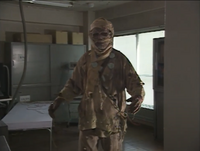 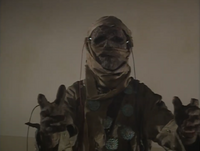 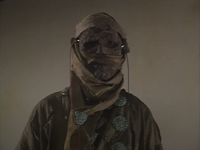 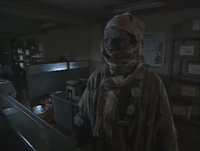 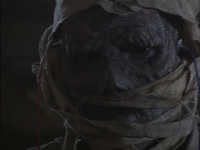 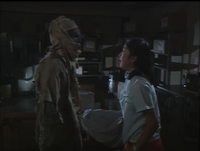 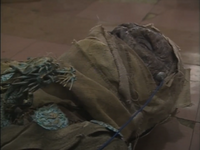