Gasgegon was a monster from space, possibly one of Yapool's Terrible-Monster.  He was concealed inside a black cloud and descended on a space craft. TAC was now aware of the disappearance and intended to investigate for signs of trouble.  A boy was looking at his new telescope until he saw a red light headed for one of the oil tanks. TAC detected the force and it was located in the industrial area. After they found the monster with a Geiger counter, their jets fired onto a particular tank.  After a few shots, Gagsegon came out! TAC did not want to cause a nuclear explosion so they had to improvise. TAC used freeze bombs on the Terrible-Monster and it seemed to work until Gasgegon used his own heat to melt the ice.  Hokuto was shot down by the Terrible-Monster and became Ultraman Ace to fight Gasgegon. Gasgegon proved to be a tough fighter, but Ace eventually sneaked from behind and carried him into space.  There, TAC shot their new laser to blow up the Terrible-Monster without harming any civilians. 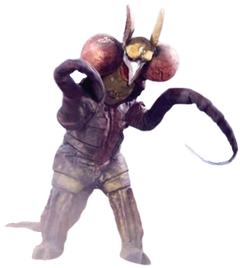 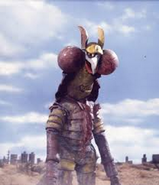 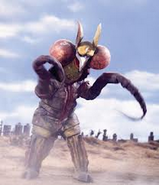 A figure of Gasgegon, created by Marmit. 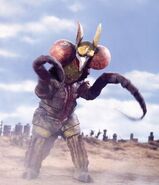 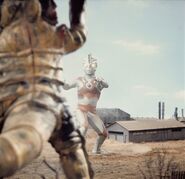 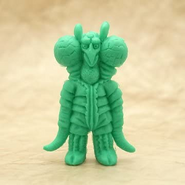