Garaking arrived on Earth rolled up in a ball, and after he crash landed and rolled around at an airport, he unrolled himself and went on a rampage at that same airport using all of his attacks. Later on, it went towards a group of spherical structures and picked one of them up and started to play ball with it whilst ignoring an attack from the ZAT for a while but then snapped back to his surroundings, endured the attacks, and rolled back into a ball and flew back into space to retreat.

Garaking later came back and started to play a volleyball some kids were playing with and then he played with their volleyball coach, named Yuki. They played that match for quite a while, preventing the ZAT from attacking the monster again until the lady finally won, sending the hot-headed monster on a rampage again. Before he can step on one of the ZAT members, Kotaro Higashi transformed himself into Ultraman Taro to save the latter and fight the former.

The Ultra gained the upper hand at the start with his combat prowess and evasive maneuvers but the monster fought back with his breathing techniques and even managed to endure a Strium Beam to the face. Nonetheless, Taro still held the upper hand at the fight and was about to kill him, until Yuki begged the Ultra not to kill the monster. Surely enough, Garaking admitted defeat, turned himself into a ball once more, and the Ultra hit him so hard, it ricocheted him back into space where he came from. 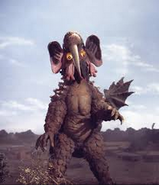 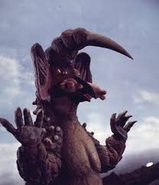 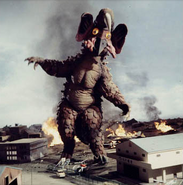 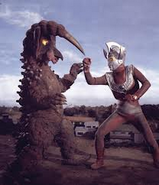 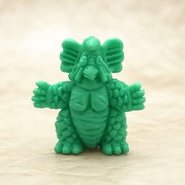