A rampaging monster that rose from the ground, Gabishale began to attack oil refineries. After two attacks and after UGM failed to stop the beast, Gabishale made its first assault on a highly populated city. Conventional weapons still proved useless against it, but as soon as Takeshi got the chance, Ultraman 80 was summoned into battle again. The giant of light had to contend with its long tentacle but managed to blow it off with one of his beam attacks before finally killing Gabishale with a hit of his Succium Beam. 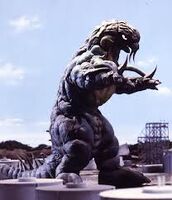 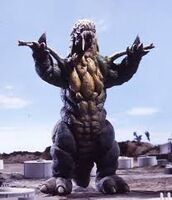 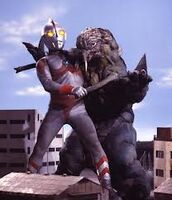 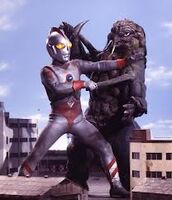 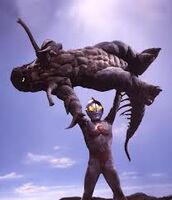 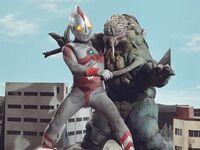 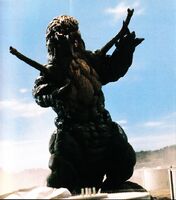 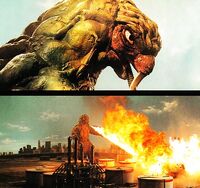 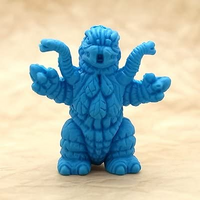