Start a Wiki
The collectible manufacturer Funko released a line of Funko POP! figures based on characters from the Ultra Series.

The first appearance on an Ultraman line of POP! figures was in 2015, at a handful of toy fairs. Three of the figures were released under the POP! Asia tag, though the back of the packages listed four more unproduced toys. Interestingly, Father of Ultra was released under two different numbers.

Four years later, Funko unveiled a basic Ultraman figure as well as a glow in the dark variant. Not long after, another set of figures were released as temporary Barnes and Nobles exclusives. These remained available only at the aforementioned store until early 2020. 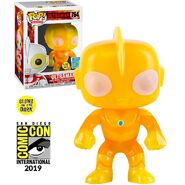 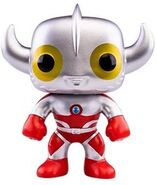 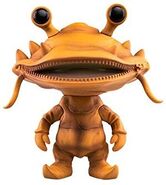 Alien Baltan
Add a photo to this gallery
Retrieved from "https://ultra.fandom.com/wiki/Funko_POP!?oldid=436269"
Community content is available under CC-BY-SA unless otherwise noted.