Much like Woo and Guigass, Fubugirara is based on the cryptozoological beast, the Yeti.

Fubugirara was native to the uninhabitable icy and snowy third star in the Leo constellation. He was created by a possesed old man who lived deep in the mountains. He headed to Shiozawa ski zone as it was similar to his home planet's environment. He started attacking the surrounding villages and tourists at the ski zone. Later Ultraman Ace arrived and battle with Fubugirara for a while. Ace shot beams at him but this failed to do anything to the Terrible-Monster. Fubugirara retaliated with his eye lasers. Ace shot the punch laser at Fubugirara but he shot eye lasers back at Ace once again. The beast blew refrigeration gas on Ace freezing him. Ace thawed himself with the Body Spark and sliced Fubugirara in half with the Vertical Guillotine, successfully killing him. Winter of Horror Series - Ghost Story! The Cry of the Abominable Snowman 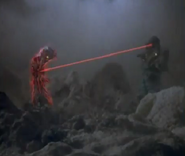 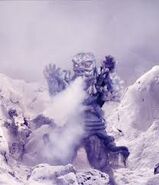 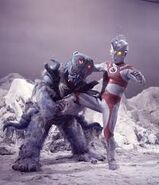 Fubigirara in a Promocional Megazine 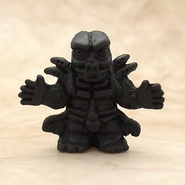