An underwater monster of unlimited potential, Flygler was on a collision course for the UDF Poseidon Base on Minos Island. DASH Birds 1, piloted by Kaito, attacked it to no avail and, after ramming the base, vanished back into the black abyss. Not long after, Flygler returned, but the new DASH Bird 3 now confronted it! The submarine launched its weaponry at the underwater titan, forcing it to the surface where the aquatic battle turned into a dogfight!

Flygler moved toward the island and landed where it knocked both DASH Bird 1 and DASH Bird 3 out of the sky! As it approached the fallen jets, Kaito summoned Ultraman Max into battle! The monster attacked back, keeping the hero at bay with its explosive water jet. As Max’s power began to run low, the DASH Bird 3 recovered from the previous attack and launched its firepower at the kaiju’s gills! As pain filled its body, Max managed to regain control and launch his Maxium Cannon, completely obliterating the rampaging beast.

Water Jet
Add a photo to this gallery 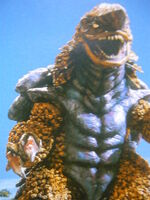 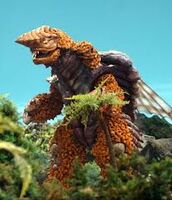 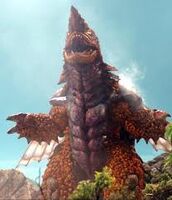 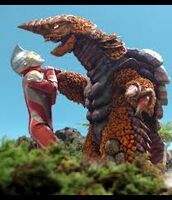 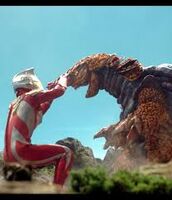 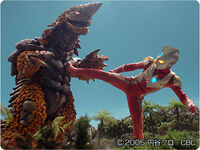 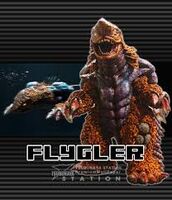 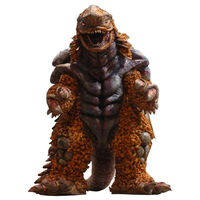 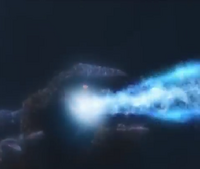 Add a photo to this gallery
Retrieved from "https://ultra.fandom.com/wiki/Flygler?oldid=519786"
Community content is available under CC-BY-SA unless otherwise noted.